when the hero natalia is in the brush for 2s will enter in stealth mode.

stealth mode makes the hero invisible for the enemies. but the exclamation symbol make them

know that she's near.

stealth mode increases hero movement speed 20% causes the next basic attack to deal 35% extra damage and silences the target for 2s. attacks made from behind will deal 15% extra damage. 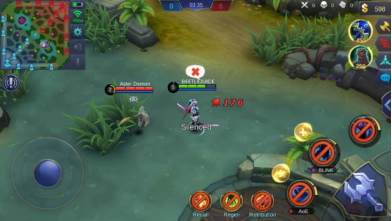 Dashes forward, dealing physical damage to enemies along the way. this ability can be cast again within a short period of time after hitting an enemy. 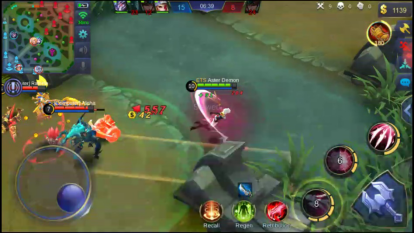 this skill allow natalia to move through walls to speed up jungling or escape from the enemies. 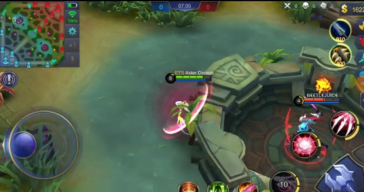 Dashes forward, dealing Cast a smoke bomb on the spot, slowing down movement speed for enemies within 65%. the hero's attack speed will increase 30%, and the hero is immuneTo basic attacks. (pd: no damage skill.)

use this skill to attack inside the smoke bomb, don't attack outside. or if the enemy backup quickly, use the smoke to lower the enemy speed. 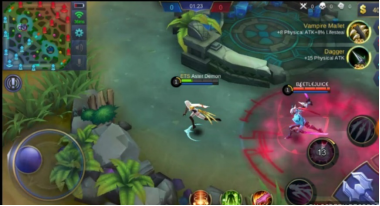 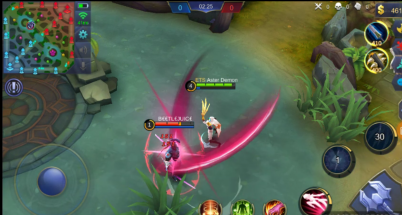 use this skill for last hit to slain an enemy or slow their speed preventing from escape.

1. hide in a brush, stay close to the enemy and attack his back with physical attack to silence him. 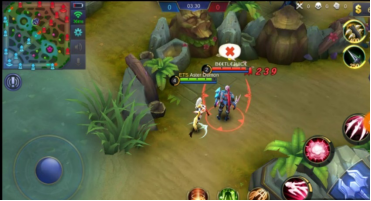 after use retribution on enemies: reduces target’s 70% of movement speed by 3s and reduces the target’s magic resistance.

3. use the 2nd skill to be immune to physical attacks. 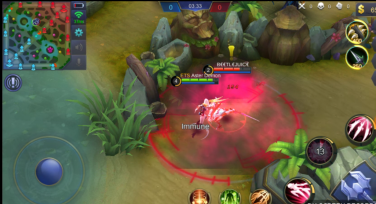 4. if the enemy will try to escape use the 1st skill to chase him, use it twice if he moves away to reach him. 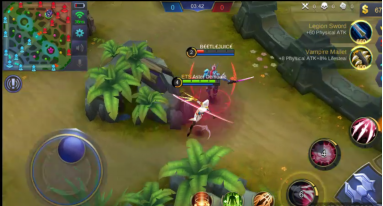 5. use the ultimate 3rd skill to slow his movement speed and last hit to kill him. 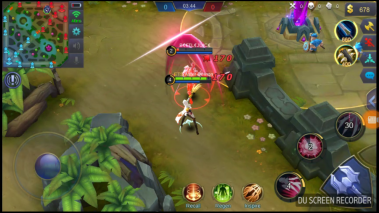 Jungle: learn 1st skill with retribuion or inspire spell. with the 1st skill Natalia can go through walls to farm faster. reach lv 4 to reap on enemy's weakest lane or gank.

kill the turtle, if not, then steal monsters in the enemy jungle area.

natalia has assassin instinct ability to be invisible and steal the jungle of the enemies.

use assassin instinct to silencing enemies. aim at squishy mages and  marksman heroes first. if he's semi-tanky, stay close to the enemy damage heroes and make them unable to scape.

1. Make sure skills are not cooling down, then use silence to hit in their back and weaks enemies like marksmans (adc) or mages, stay away from the tank, the tank has a lot resistance, kill weaks first. then use smoke bomb skill to be immune to physical attacks. 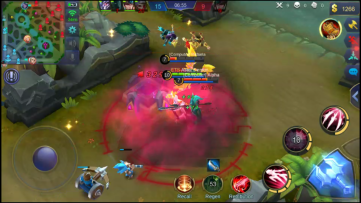 2. Immediately , When your team attack the enemy and your skill of smoke bomb where off you must run away from there with the claw dash and hide quickly in a brush again to assassin instinct mode. 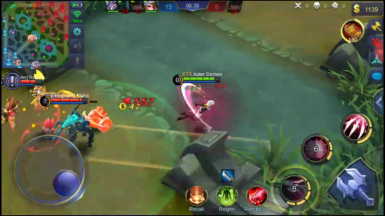 3. Attack again when the enemy has low life and try to escape from your allies or help another lane. 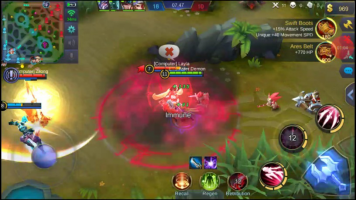 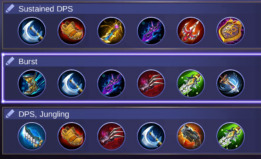 (this set makes the farming

Saber: can stun enemies while natalia is attacking their enemies.

lapu lapu: can stun enemies while natalia is attacking their enemies.

ruby: she can stun enemies constantly while natalia is attacking their enemies.

Rafaela: she can find natalia with light retribution

Yi sun-shin: can find her with mountain shocker

Lesley: Lesly can find natalia with the ultimate snipe

Clint: with silence and smoke bomb clint will be slain before do anything.

Pharsa: natalia can evade her attacks in assassin stinct mode and silence her.

Nana: with silence and natalia’s damage could shred nana before do anything.