Targets casting skills around Shadowbringer are silenced for 1 second if their skill deals damage. This effect has a 3 seconds cooldown per target. 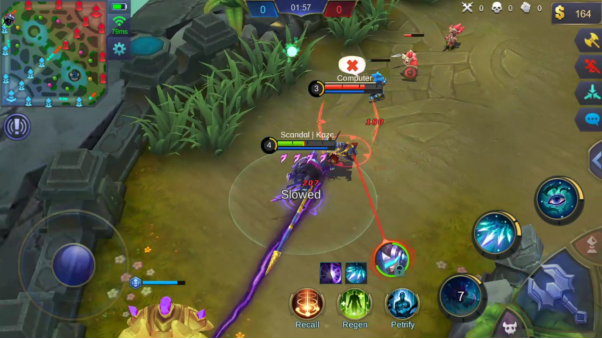 Vanishes right away and appears at a target location, dealing physical damage to nearby enemies and silencing them for 1.5 seconds. Using after Dark Night Falls will inflict an extra slow effect on enemies for 1.5 seconds. 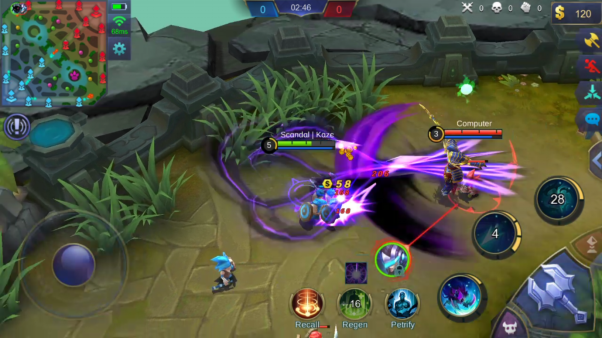 1. Before you start the combo, you have to find the enemy position to start the attack. Activate Dark Night Falls to increase your attack and movement speed at the same time    blinding the enemy. Once activated, the enemy will have no clue of where you are in the map, so it is your chance to chase the enemy.

2. Once you are near to the enemy, activate 1st skill Shadow Rush in order to appear right at the target location dealing physical damage to the target and silencing him for 1.5 seconds. 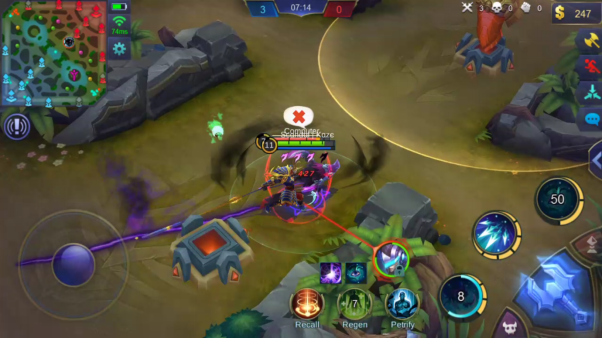 3. When the target is silenced, start attacking it using basic attack to increase Deadly Poisoned Stingers to 5 stingers. The passive from Dark Night Falls which gives you 10% attack speed will help you to get the stingers faster. 4. When 5 stingers are stored, activate 2nd skill Deadly Poisoned Stingers to hit the target. 5 stingers will deal a lot of damage to the enemy.