Marksman is the weakest role during early game, but it will slowly unleash its true potential as the game goes on. This role is heavily relied on item to be useful and impactful in team fight. The combination of attack speed, critical chance and damage items will significantly boost marksman damage for late game team fight.

However, it is important to note that Marksman is the squishiest role in the game. Enemies can one shot you anytime; thus it is important for marksman to position themselves properly during the fight and let your team engage the fight first. Go into fight from safe distance and ensure that enemies have spent their crucial skills.

Also, do not forget to farm your item as fast as possible, marksman contribution is heavily relied on item progress. However, try to help your team as well (don’t blindly farm and ignore your team when they need your help)

● Lesley is the first marksman- assassin hero in Mobile Legend

● Her high mobility, invisibility and high bonus damage from her skill set make her a deadly assassin.

● When her passive trigger, her attack range will be the highest one in mobile legend.

● One of the top pick for marksman in ranked games.

● Can easily win 1v1 vs other marksman heroes. 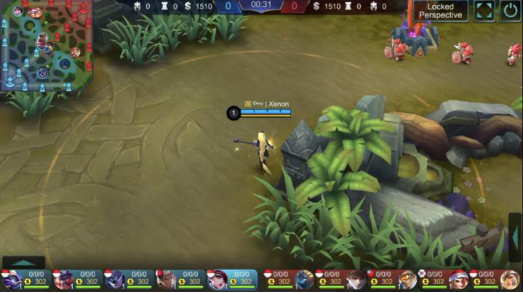 Passive :[Lethal Shoot]
Hitting an enemy with a bullet grants energy. If she doesn’t take damage for a while, her next basic attack has a longer range, dealing extra damage. Using any skill will reset Lethal Shoot’s cooldown.

● If use correctly, her passive will let her to easily harass enemies during laning phase with her attack range advantage. 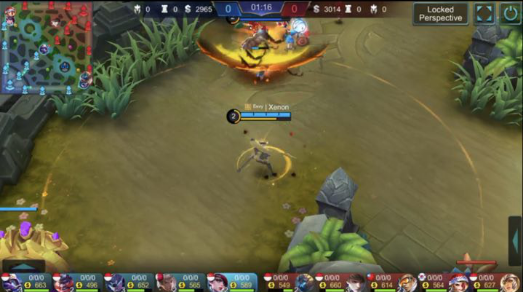 ● Very useful for both early and late game.

● For maximum damage use this skill to reset Lesley attack animation. (so Lesley normal combo: immediately pressed her first skill after each auto attack, by doing so, Lesley will shoot twice at once.) 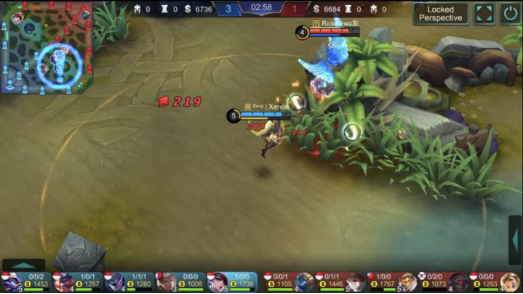 2nd Skill:[Tactical Grenade]
Throws a tactical grenade, dealing physical damage to enemies and knocking them back while she steps back a little.

● For instance, in this photos, I managed to knock back and disengage safely from opponent (FREYA)

● Try to save it for enemy’s assassins/fighter during skirmish. 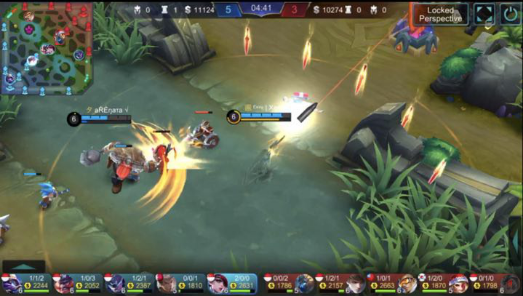 Ultimate:[Ultimate Snipe]
Abandons her senses and captures all enemy moves in an area by her mind. Shoots out a deadly bullet, dealing physical damage, enemy hit by the bullet takes extra damage if he gets hit by another bullet. The bullet can be blocked by another hero.

● Additionally, do note that you can detect all enemies within the radius, it can be useful on special cases (for instance, do detect invisible hero like Natalia).

For early game damage, later will be upgraded into Berserker Fury

Its additional movement speed works really well with Lesley first skill. Also, swift boots will help Lesley roam around the map to either help her teammates or farm more quickly.

This item also works well with Lesley first skill due to its very low cooldown. With this item, each 1st skill will inflict additional pure damage 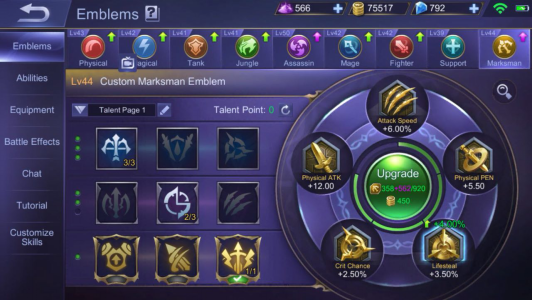 Flicker is always a decent choice for any heroes in mobile legend. The mobility it offers is invaluable. Flicker can be used to escape any unfavourable situation. As a marksman, your safety is your first priority.

● Your main focus is to farm as much gold as possible as Lesley heavily relies on her item progress.

● Death is a big no no for a marksman; it will significantly hinder your item development.

● During laning phase try to spam your 1st skill for farming and poking enemies’ heroes.

● Help your team securing turtle and push the lanes.

● Do not overextend, isolated Lesley can be easily killed

● Be patient during team fight, let your tank/ off tank engage first.

● Attack enemies from safe range, unless it is really necessary to close the gap.

● Look for opportunities to secure Lord (for instance, it is relatively safe to go for LORD when 2 or more enemies died)

● Lesley is a solid choice for marksman

● Personally, I think she is the strongest marksman in the game right now.

● Easy to learn/ newbie friendly, her skill set is pretty simple, so if you’ re a new player I recommend you to try Lesley first.

● One of the hard carry hero in mobile legend (strong carry power; can carry your heavy team if you play her patiently n correctly)