+22 Armor, Unique: +40 Movement SPD, Unique Passive-Valor: Physical defense will go up 5 with each basic attack received, for an increase of up to 25 points. Last 3 seconds.

Unique Passive-Counterstrike: Deals 25% of opponent’s physical attack as physical damage to an attacker when a basic attack is received.

Unique Passive-Recovery: Regenerates 1.5% of hero’s total HP. Eliminating enemy heroes raises regeneration rate by 0.4%, While assists only raises the rate by 0.2% (includes eliminations and assists prior to purchase), up to 3.5%. This effect wears off 5 seconds of the hero taking damage.

Attack and defense: convert 0.4% of max HP to physical attack and magic attack.

The HP Buffs of equipment items are increased by 20%. For every 200 points of damage inflicted upon Belerick, the Flower of Life attacks in the direction of an enemy unit, dealing 25 points of Magic Damage in addition to 2% of Belerick’s total HP. The Flower of Life first attacks nearby units marked with Nature’s Seed. Belerick cast vines in a designated area, dealing 250(+60%Total Magic Power) points of Magic Damage to enemies on the path and in the area, and reducing their movement speeds by 40%. It also inflicts a Nature’s Seed mark on a random enemy hero and gets the hero’s vision. This skill has a long area effect, you can hit more than 2 targets in the path. Also, you can move the directional positions as long as you can. 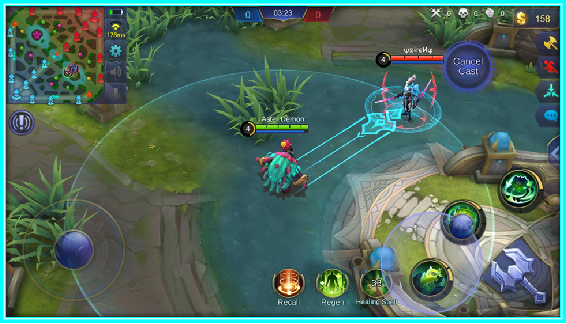 After hit an enemy with this skill this will inflicts a Nature’s Seed mark on a random enemy hero and gets the hero’s vision. 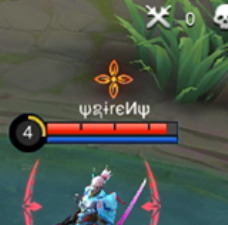 Belerick sacrifices HP to increase his movement speed by 40% and strengthens his next basic attack, which deals 250 points of Physical Damage and 6% of his HP lost. Belerick also regenerates certain amounts of HP depending on his HP lost. Enemy targets are immobilized for 1.2 seconds.

You can use this skill to chase or escape from the enemies.

Belerick recovers 10% of his HP and creates a guarded area. When allied heroes within that area take damage, Belerick will absorb 40% of their damage taken. While this skill is active, damage dealt to Belerick is reduced by 30%.