A formidable fighter has awakened! Thamuz, The Lord Lava. He specialized in giving damage per second to his enemies, as well as crowd controlling anyone who stands in his way. In this guide, I'm going to explain his skills and its uses to their fullest extent!

His skills has a lot of effects. So, I'm going to explain them one by one for you guys to understand it faster.

Thamuz applies a burning effect to his targets if he attack them with his scythe on and deals damage per second. This effect stacks and can inflict true damage if the target moves. As stated, you can't use this passive if you do not have his scythe. When not carrying his scythe, thamuz will have a 30% movement speed boost. Retrieving the scythe will improve thamuz’s next basic attack which deals 100% points of physical damage, slowing the target's movement speed by 40% and generates a gush of lava beneath the target that explodes within 2 seconds before dealing damage.

This is the animation when thamuz attacks his enemies with his improved basic attack. And this is the gush of lava that explodes within 2 seconds after attacking the enemy with his improved basic attack. Thamuz tosses his scythes to a designated area, dealing damage per second to enemies on its path and slowing down their movement speed by 40%. 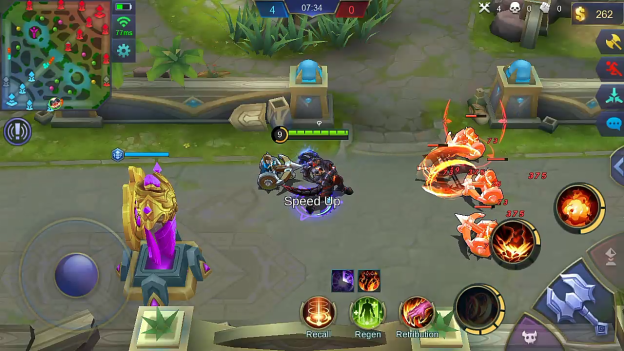 After a while, the scythes will return to thamuz, dragging the enemies behind the scythes. You can get the scythes back earlier by walking pass by it or use his second skill to reduce the next cooldown. 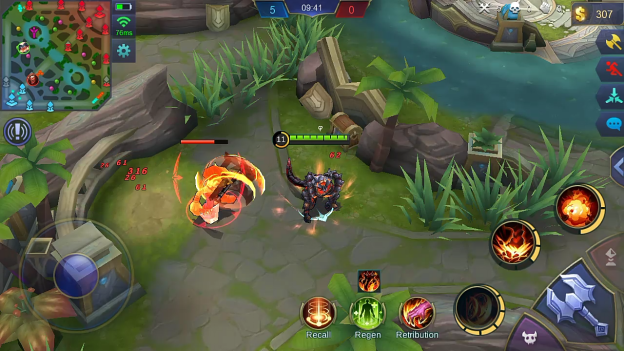 Thamuz jumps to a designated location, damaging the enemies and slowing them down for 2 seconds. If the scythes are still traveling, it will automatically return to thamuz. 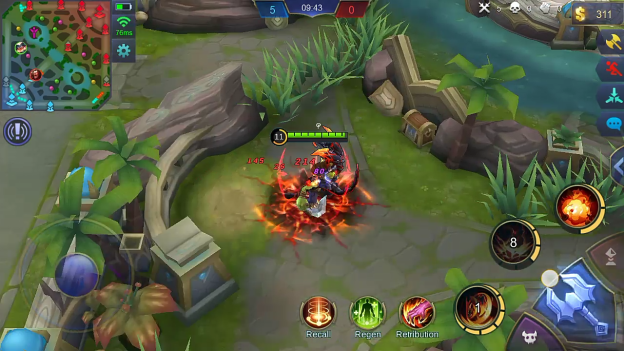 You can also use this skill to jump through terrains.

Thamuz releases the lava stored in his body to inflict damage to surrounding enemies per second. Thamuz also gains 33% attack speed in this state. This lasts for 9 seconds. In this state, thamuz recovers 2.5% HP the moment he activates this skill and when he deals damage to enemies if this skill is in effect. 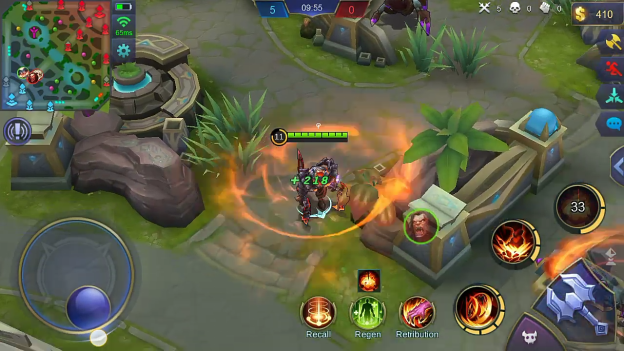 The healing effect when he attacks the enemies with his scythes.

When he attacks them with his basic attacks. In this combo, we are going to use everything we got to inflict the maximum damage capabilities of thamuz to all of his enemies.

First, hit the enemies with his first skill to deal damage per second and slow plus the extra movement speed enhancement. 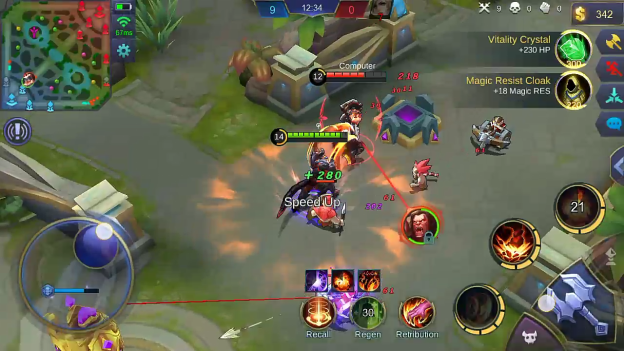 After that, use his second skill and leap close to the enemy. The scythes will return to thamuz, enhancing his basic attack, applying the burn effect and the gush of lava below the enemy. 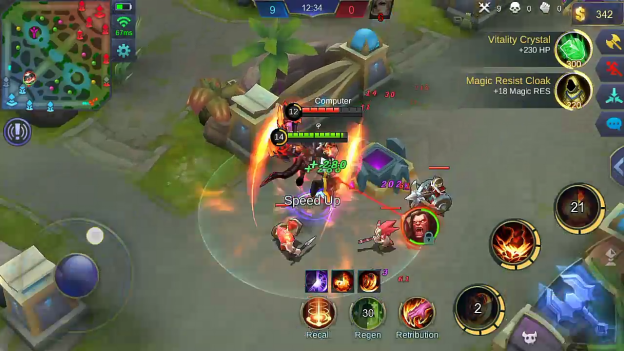 Lastly, activate his third skill to slowly deal damage to enemies per second and also slowly healing yourself every each skill and basic attacks you have inflicted to your enemies. Don't forget that you can always do it in your own way. There are a lot of ways to execute the skills of thamuz. Try practicing him first so you can do some experiment with his abilities!