First of all, let us know more about this hero. Natalia is an assassin that uses her surroundings to her advantage. She has the ability to become invisible for a couple of seconds and is able to deal extra damage, silence and critical strike while she's at this state. Her invisibility also makes her able to blink automatically at the back of her enemies which increases her damage dealt to targets because of the effects of her passive. She is also an adept in inflicting movement speed reduction and damage per second with her skills to her opponents.

That is a short introduction of our hero in today's guide, Natalia. Now, let's start jungling!

What you need to do first is to reach level 2. This is how I start my game. I go to top lane and get the first wave. Signal your allies to come and help just in case if there's going to be an encounter between the opposing team. You need to reach level 2 early because you really need that first and second skill.

Here's why you need them. As we all know, you can use her first skill twice if you hit an enemy with it. This is Natalia's best escaping skill since it can be used to dash through walls. The dash also helps a lot in terms of chasing and slowing down enemies and in clearing waves of minions faster. Stealing last hits? This skill can help you with that too! 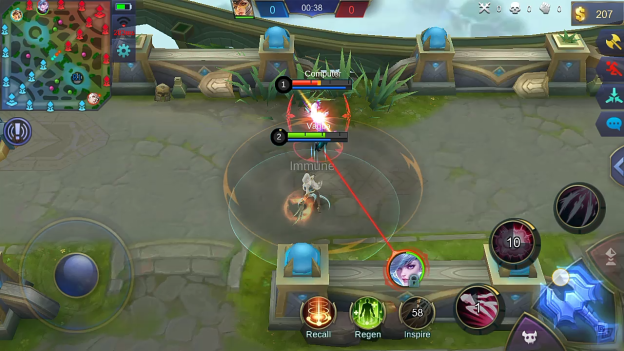 Reaching level 2 unlocks the second skill, the smoke bomb. Imagine facing an enemy that uses basic attacks as their main damage dealing weapon like roger, miya and most of the fighter, marksman and assassin heroes do. This smoke bomb causes their basic attacks to miss, decreases their movement speed and increases the attack speed of Natalia when she is inside the smoke. An amazing counter spell. Once you clear the first wave in the top lane, hide for 5 seconds in the bush to become invisible for the enemies not to be able to see you while you roam around the entire jungle. Your priority is either to gank in mid or to lessen the farm in the enemy jungle. If you choose mid first, then make sure that you signal your mid laner so they will know that you will gank. Don't act recklessly. Be patient. 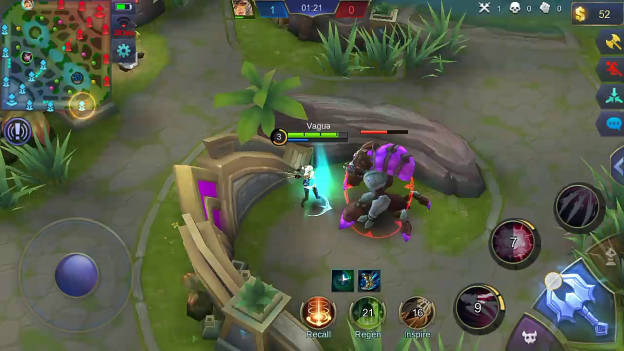 If you choose jungle, then start by taking one of the jungle buff if there is one available. Some people say that Natalia doesn't need any buff but that's not true. The buff enhances her physical damage, mana consumption of her skills and more of her physical capabilities. The bonuses given by the buff makes farming and killing enemy heroes much easier for her. Once you have the buff, roam again. This time, you have encountered an enemy hero. Before you attack, make sure the hero is not a tank! Especially when you still don't have the proper items to kill. Target the enemy that are less durable like mages and marksman. Make sure you are invisible first to apply the bonus effects of her passive. Attack the target. Don't use any skills! Hit the target with basic attack to apply silence.

Once you cleared a lane, steal one of the enemy jungle. Steal of them one by one slowly so they will have a hard time farming more experience and gold. If an enemy is coming, don't continue and get away as fast as possible. It's better for them to kill the jungle monster instead of your hero. When this happens, hide again in the bush to become invisible and spy on them. Don't get too close to keep a gap between you and your enemies.

Keep repeating this strategy and you will earn a lot of experience and gold in no time. Don't forget to help your allies in team fights because you are the only one that can stop the mages and marksman instantly. Focus on the core hero of the enemy. The one that deals the most damage. Once you finished the target, get out and hide once again. You really need that silence to stop the enemy from spamming skills to you and your team. Cooperate and act carefully. Stop attacking if necessary to avoid getting ganked by the enemy team. With all of this, you will pave the path to… 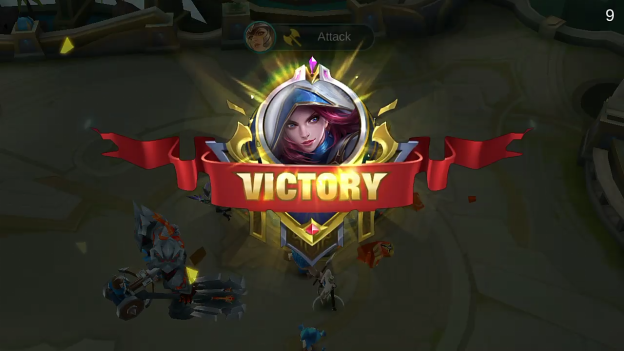