Guide: How to Play Fighter-Sun

Sun is a very strong fighter after his rework. Thanks to his new passive, he can deal high damage even to tanks. He also can build into semi-tank since he has doppelgangers that can tank a bit of damage. The huge buff to him after the rework is that his doppelgangers also can be targeted by opponent spells. In my experience, many single targeted spells are used to kill his doppelgangers. Also skills that can be blocked (Harley’s and Lesley’s ultimate) also can be blocked by the doppelgangers. This hero is very very underrated even after his rework but in the right player he can be very strong and a gameplay changer. In this guide, I will explain how to use Sun and why he is still considered a strong hero.

Enemy units near Sun or his doppelgangers experience an 8% reduction in physical defense. Stacks up to 3 times.

Sun hurls his Golden Staff towards a designated direction, dealing Physical Damage to enemies along its path. Heroes and monsters that come in contact with the Staff experience a 60% reduction in movement speed for 2 seconds. At that point, Sun will create a doppelganger to attack the enemies. Doppelgangers possess 40% of Sun’s stats and last for 5 seconds. 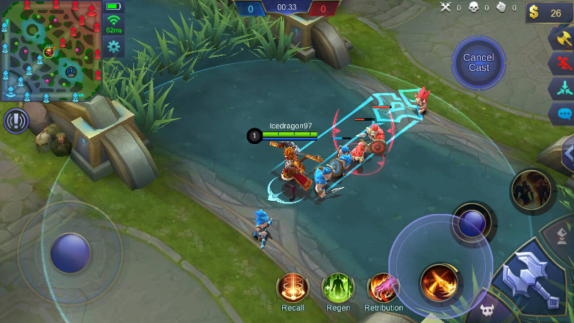 This is Sun’s main poking ability. The doppelganger summoned will only hit this skill’s target and won’t hit anything else (even minions and jungle monsters). Like his ultimate (will be explained later), the doppelganger will regenerate Sun’s HP for every hit. Its regeneration isn’t as much as his ultimate but still it can heal Sun a bit. 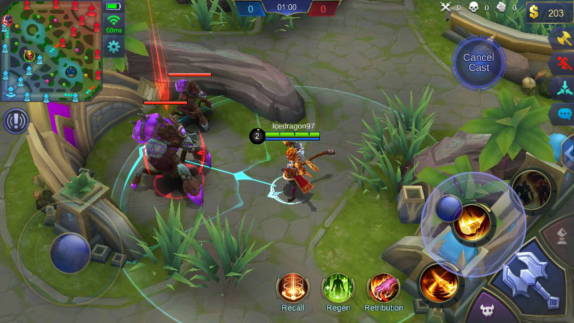 After rework, this skill changed to chasing skill from positioning skill. The move speed buff is great because it can be used to chase your enemy after you activate this skill to him. This skill usage is to initiate the fight after you create your doppelgangers and chase enemies. When this skill is used, your ultimate’s doppelganger will always follow you but your 1st skill’s doppelganger will only follow you when you target the same enemy as your 1st skill targeted before. Therefore, try to hit the same target to maximize this skill’s damage output and confuse your enemy even more with 3 Sun near him. Be careful because this skill ISN’T escaping skill since it need enemy target to activate it.

Sun summons a doppelganger that has 70% of his attributes. Doppelgangers take more damage. However, each of their attacks recover Sun’s HP. Doppelgangers last 12 seconds.

This ultimate has huge value for Sun. Notable benefits are:

· No mana cost, meaning that you can spam this skill whenever it’s not in cooldown.

· 1 second invulnerable time when activate, meaning that you can dodge some projectiles and skills.

· Sun’s regeneration each time the doppelganger hits. This regeneration really help Sun to stay at teamfight even he isn’t buy tank items. 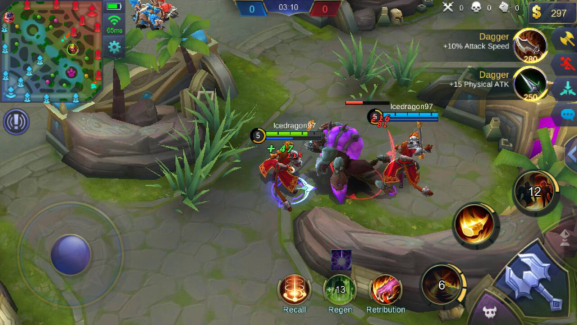 Sun’s heal from ultimate is bigger than from his 1st skill, but it can stack additively so you can get high regeneration and thus sustain at teamfight. Swift Boots is the best choice for Sun since it increases the attack speed of his and his doppelgangers.

Demon Hunter for sustainability and can deal huge damage to high HP units, such as tanks, Turtle and Lord. This is the Sun’s main item in this build because its value is huge compared to its cost.

Blade of Seven Seas for flat armor reduction. Since Sun’s passive can reduce his target armor up to 72%, additional 25 armor reduction will make tank heroes even more squishy. And when it comes to non-tank heroes, their armor will be reduced until almost zero which makes them very vulnerable to physical damage.

Blade of Despair will makes finishing easier because of its new passive. Sun can easily reduce his opponent HP until below 50% because of Demon Hunter and his true damage. That means an easy proc of this item’s passive and 30% damage increase is huge.

Berserker’s Fury is my last choice to increase damage output since his doppelgangers’ hits can also deal critical damage. You can change this item to other physical damage item or defensive item if you feel need to. I’m using Custom Assassin Emblem for Sun to maximize his potential to destroy tanks. What I maxed out is Mastery for +5% CD reduction and Invasion for +6 physical penetration for 1st and 2nd tier. Increase in CD reduction and physical penetration will help Sun destroy tanks and make their armor almost become zero when he has his core items since his skill will always be online when teamfight with 10% CD reduction (from emblem and 1st tier talent). For the 3rd tier talent, I choose High and Dry to increase his damage when at 1v1 battles. 6% damage increase can’t be underestimated since Sun can deal damage also from his doppelgangers.

Retribution is my main choice here since it helps to claim some objectives which are Turtle and Lord. Retribution also increase Sun’s farm (when jungling) so he can deal huge amount of damage even at early game. But still, only take the buff when your assassin or marksman can’t afford to do it since you don’t need it that much.

Inspire also can be used since Sun’s doppelgangers have the same attack speed as Sun himself. This is my choice when my team has at least 2 greedy heroes that need a lot of farm because I won’t get most of the jungle monsters. The downside of using this spell is that enemies will know which of you the real one is since they can see Inspire’s visual effect.

During the laning phase, try to go to Turtle lane. Harass your enemy with your 1st skill. Your doppelganger will distract them from last hitting and forcing them to go back a little bit so you can farm easily and safely. You can also use 2nd skill after 1st skill to harass and confuse them since your doppelganger will also follow the real Sun to the enemy. When you get your ultimate (level 4), go to Turtle and kill it. You can do it solo if it’s safe, but try to get help from 1 more heroes to do it faster. Always check Turtle’s timer since you can get the 2nd one easily without anyone help.

Use your ultimate before going to teamfight. Target your 1st skill to an enemy and use 2nd enemy to the same enemy. Keep hitting after you do your combos. Take objectives (tower and Lord) if you have some opening. Your team won’t need much time to kill Lord if you are present since your passive increase damage dealt by your allies as well. When you are far from teamfight, push that lane. Your pushing power is one of the strongest in this game. Just don’t overcommitted when pushing, your life is more important than the tower.

Sun is the hero that deals high damage and also increase damage dealt by his team. He needs some farm but not much since his passive don’t scale with items. He’s a game changer in a unique way with objectives taking skills and armor reduction. Try to know the timing to fight or push and taking objectives. I wish you all the best and hopefully this guide can help you to understand Sun better and use it to win games.