Harith gains insight from his key. He immediately gains up to 70% Resilience (dependent on the number of nearby enemy heroes). 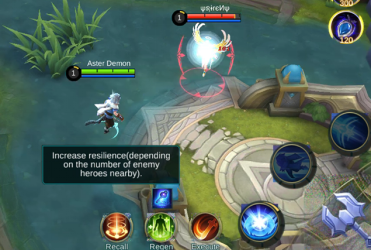 Passive activates once you get close to the enemy heroes and increase resilience depending the number of them too. So, don’t hesitate to launch attacks toward the enemy heroes.

Harith creates a phantom of himself in the opposite direction and charges towards each other at the center, dealing 120(+60%Total Magic Power) points of Magic Damage to all enemy units on the path. 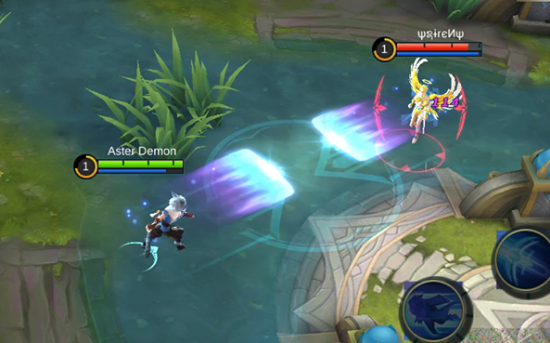 When the 2 Hariths fuse together, an explosion occurs dealing 360(+180%Total Magic Power) points of Magic Damage to all enemies nearby.

Always try to hit enemy heroes inside or close to the circle.

Also, you can hit a lot of enemy targets and this will deal the same damage (remember: high dmg when the enemy is close or inside the circle)

Harith dashes towards the designated direction.

When arrives, Harith steals magic attack of nearby enemy heroes and generates a shield that absorbs at least 300(+180%Total Magic Power) points of damage. 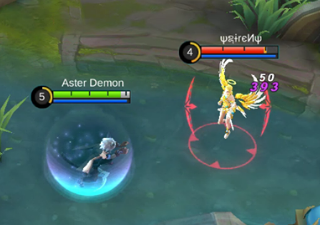 After using skill + basic attack (it will slow the enemy by 70%) Hitting an enemy with Harith’s enhanced basic attack reduces the cool down of the next Chrono Dash by 4s.

You can use this skill to dodge a variety of enemy skills such a: Pharsa Ulti, Gord Ulti, Johnson Ulti, Valir Ulti etc. Harith can evade a variety of AOE damage.

This skill allowing to Harith going through the walls. maybe this skill may save you in bad situations (enemy ambush) TIP 3.

To get a shield, dealing magic damage and CD reduction of 4s on 2nd skill.

Harith uses his key to summon the Zaman Force. When the multidirectional rift appears, the next cool down of Chrono Dash is reduced by 4s. The rift then immobilizes nearby enemy heroes for 1.2s and slows them by 50% for a period of time. (if Harith comes into contact with the rift when using Chrono Dash, he will absorb the energy within it, so as to reduce the cooldown of the next Synchro Fission/Chrono Dash by 1s/4s, respectively) 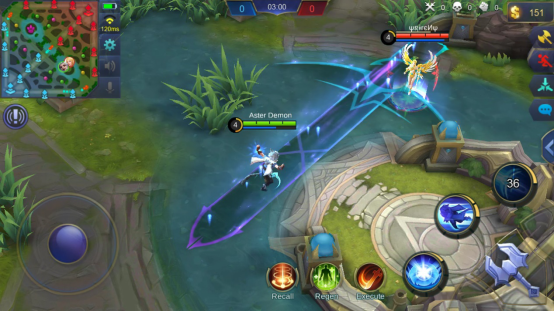 Use a perfect combo of Ulti + 2nd skill Chrono Dash + basic attack to get 8s less of cooldown of 2nd skill!

if you use ultimate reduces 4s cooldown of 2nd skill

and after using 2nd skill + basic attack it will reduce cooldown by 4s less) You will have the total of 8s less of cooldown because 2nd skill has 10 secs cooldown.

Always keep inside the rift!

Always try to keep inside the rift while using 1st and 2nd skill to reduce the cooldown of these skills to cast continuously attacks.

1. Make sure your mana is full and skills are refreshed. Use ultimate skill to summon the rift.

2. Immediately use 1st skill while the enemy is immobilized. Try to hit the enemy inside the circle to cast high damage. (or use 2nd skill first if the enemy is too close, this will help you to position yourself in a specified distance)

3. Keep inside the rift. This will reduce cooldown of 1st and 2nd skill. (PS: AFTER using 2nd skill if the enemy hero has magic power, Harith will steal it and if you use a basic attack it will deal magic damage and slows the enemy too.

4. Jump side by side using 2nd skill and 1st skill. Use them constantly. (don’t go out the rift)

Unique Passive-Calamity: After Using a skill, the next basic attack deals extra true damage that equals to 120% magic attack with a cooldown of 1.5s.

Unique Passive-Resonate: Every 6 seconds, hero’s next magic skill deals bonus magic damage to up to 3 enemies that scales with hero’s maximum mana.

Unique Passive-Exterminate: after a skill hits a target, magic attack will immediately increase 15%. The next skill damage will terminate this effect. This effect can last up to 3 seconds with a built-in cooldown time of 10 seconds.

Or you can replace Demon shoes for Arcane Boots and lighting Truncheon for Feather of Heaven.

Flicker: teleports you in a certain distance.

Magic Worship: When dealing damage that is more than 10% of target’s max HP for 3 times in 5 seconds, burns the target 3 times, each burn dealing 82-250 Magic Damage. This effect has a 20 second cooldown.

Impure Rage: Dealing damage with skills adds extra damage that equals to 4% of the target’s current HP as Magic Damage and restores 3% of your Mana. This effect has a 5 second cooldown.

has a 5 second cooldown.

Nana: if you got caught, she can help you using 2nd or ultimate skill (ulti stuns enemies in the path)

Helcurt: Is a mage killer, his skill and passive can silence Harith make him unable to use skills, also his damage can kill him before do something. Beware the nightfall of him.