Harith gains insight from his Key. He gains 23% Resilience per enemy, three at most. Roughly 70% in total.

For example, if a stun is 2 seconds long and you have 70% Resilience, the total stun time will be reduced to only 0.6 seconds.

- Magic in the circle will crit

- Your skill to clear waves

Making sure enemies land in the circle:

Harith dashes towards the designated direction. When arrives, he steals the Magic Attack of nearby enemy heroes and generates a shield that absorbs at least 400 points of damage. Harith’s next basic attack deals 310 points of Magic Damage and slows enemies by 70%. Hitting an enemy with Harith’s enhanced basic attack reduces the cooldown of the next Chrono Dash by 4s. 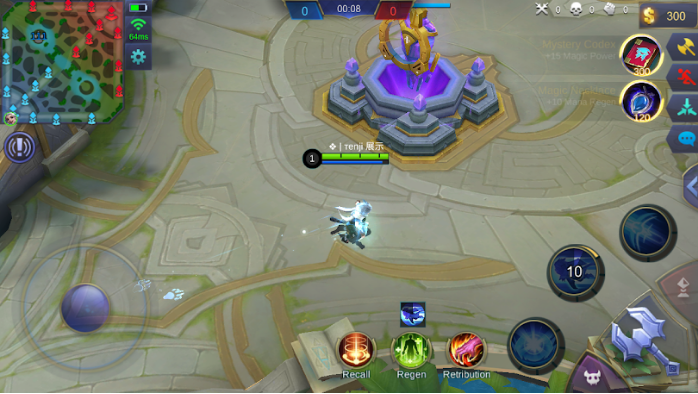 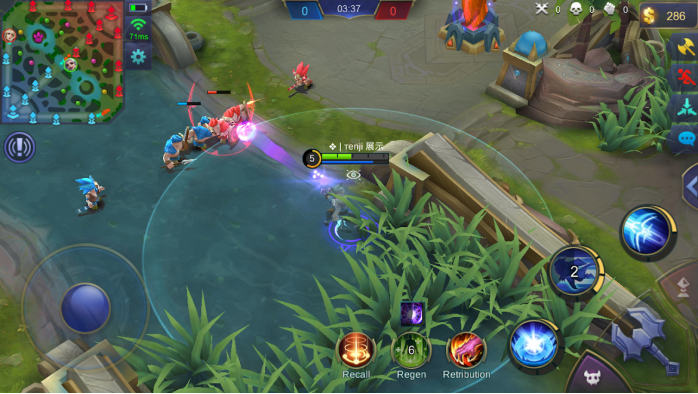 - Note that Harith will only get a shield if he dashes near an enemy. If there are only jungle monsters and minions around, he won’t get the shield. However, his enhanced basic attack doesn’t need to hit the enemy for him to get the shield.

- You can check if enemies are in bush by dashing. If your shield comes up, an enemy is nearby. 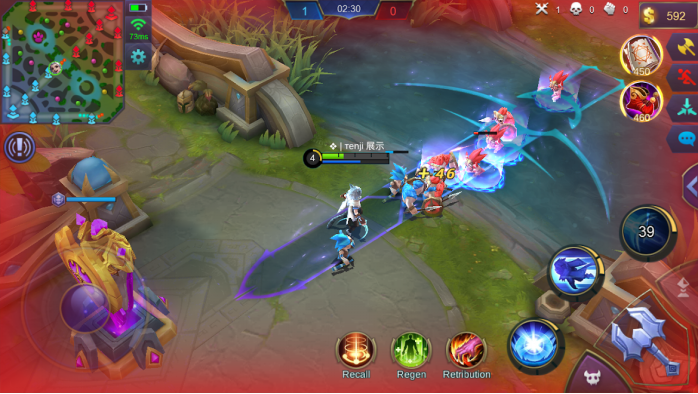 Harith uses his Key to summon the Zaman Force. When the multidirectional rift appears, the next cooldown of Chrono Dash is reduced by 4s. The rift then immobilizes nearby enemy heroes for 1.2s and slows them by 50% for a period of time. If Harith comes into contact with the rift when using Chrono Dash, he will absorb the energy within it, so as to reduce the cooldown of the next Synchro Fission/Chrono Dash by 1s/4s respectively.

- You HAVE to use your dash for your cooldowns to decrease. If you just walk onto it, it will not activate.

- While dashing, you don’t have to land on the rift, you just need to come in contact with it while dashing

I started standing on one side:

I dashed and landed on the other side, but my cooldown is still reduced: 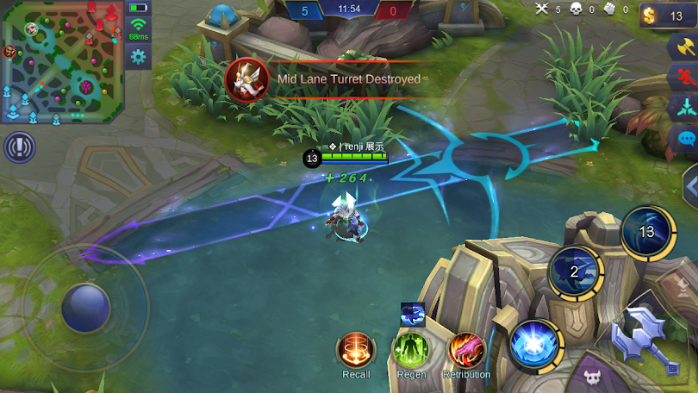 - Handles count as being part of the skill range, even though the indicator doesn’t include it. Enemies will still be rooted and your cooldowns will still be reduced if you touch it while dashing

- While using your dash, take note to come in contact with your ult or your cooldown will go back to 10 seconds

Demon Boots is good if you aren’t getting buff, or else go for either Rapid Boots or Magic Shoes, depending on whether you trust your tanks to protect you or not.

After using a skill, the next basic attack deals extra true damage that equals to 120% magic attack with a cooldown of 1.5 seconds. Briefly raises movement speed by 10%.

Obviously, for survivability and sustainability

After an elimination or an assist, the CD of the hero’s ultimate is immediately reduced by 35%.

Your ultimate allows you to spam your other skills. Harith is built more for going head to head with an enemy than jungling or split pushing, so it is recommended that you participate in teamfights. With a consistent stream of kills and assists, Fleeting Time will be greatly beneficial.

Adds 1.5 HP for every 1 point of magic power added.

At first, it seems like an odd choice, but his ultimate sends him into the front lines. Dominance Ice debuffs enemies around him. Moreover, he will get extra mana.

After a hero activates a skill, their next basic attack deals bonus damage equal to 2% of the hero’s max HP. The enemy unit/hero and any surrounding units/heroes are slowed for 1.5s.

Passive - Exterminate:
After a skill hits a target, magic attack will immediately increase 15%. The next skill damage will terminate this effect. This effect can last up to 3 seconds with a built-in cooldown time of 10 seconds.

After using your ultimate, your next skill will deal extra magic damage. It works well with Blood Wings since the magic power added is extremely high. You can replace Fleeting Time with this.

If you are expected to go mid.

To be safe. Your dash will usually have a high cooldown if aren’t using your ultimate so it’s not always the most reliable form of escape.

Heroes that Counter Him:

Heroes that have single-target, long stuns

Has a root that stops him from dashing, which interferes with his cooldown reduction. Her ult also forces him to leave his ult area

Heroes that He Counters:

Able to break her ult’s link with his dashes

After ulting, Harley needs to aim his cards, and he can simply dash away

His built focuses a lot on enhancing his auto attacks, and Natalia can make herself immune to it

Should you play Harith?

His ultimate bringing him into the front lines is a big problem. He also doesn’t seem to deal as much early game damage as most other mobile mages like Harley and Kagura.

Lunox is a much better choice that he is right now. Lunox’s first deals higher damage than Harith’s dash. His continuous barrage of damage is also less accessible than Lunox’s since if he needs to come in contact with his ult and also has a cooldown to an extent.

- Has a crush on Harith(feelings aren’t mutual)