Minsitthar inspires the whole team. whenever teammates slay the enemy heroes, he obtains extra 60 Gold; whenever Minsitthar himself slay enemies, all the teammates obtain extra 15 Gold. 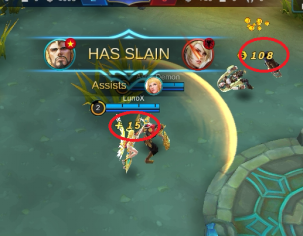 Even, if you’re not helping an ally to kill an enemy, you can obtain 60 gold. If you kill a hero without allies’ help, allies will receive 15 gold. Example: 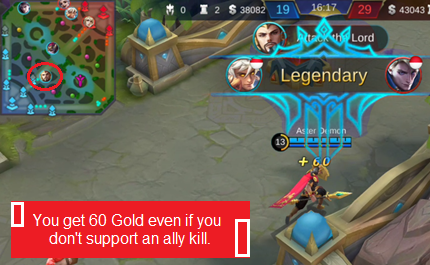 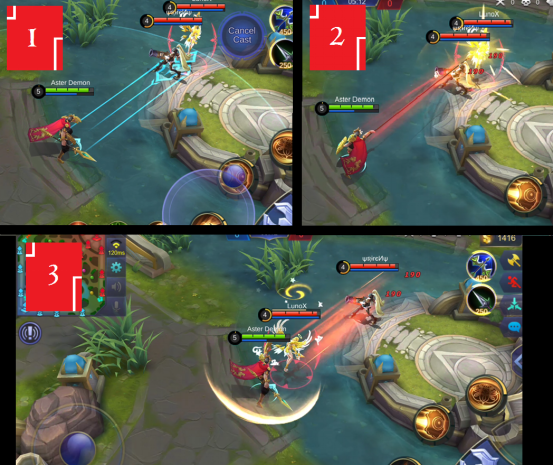 Minsitthar can cast faster this skill, pull an enemy towards you into a turret, ALSO, enemy minions will not be an obstacle to cast this skill.

Use 2nd skill after 1st skill to stun the enemy for secs. KEEP AN EYE ON IT.

On Teamwork: Minsitthar as an initiator can start attacking an enemy using 1st skill to pull toward you an enemy let your teammates to kill him/her. (PS: try to hook Damage heroes first. DON’T hook tank heroes first! But if an enemy ally is behind the tank, you can hook it.

This has a long distance.

Minsitthar awakes the strength of the golden shield and releases the power within forward.

The power Explodes upon hitting the 1st enemy unit and deals Physical Damage to all enemies in the area. But the fist enemy will be stunned 1 seconds and the others knocked back.

Also gains a shield that can absorb damage and gains 20% of movement speed. 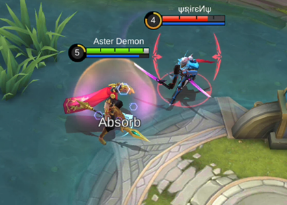 If enemy heroes are chasing you, use this skill-The first enemy will be stunned and the others will be knocked back. Also increases you Movement speed and gains you a shield that can absorb some dmg.

Minsitthar charges a short distance forward and calls 4 Royal Guards to form a field and fight together with him. Each attack of Royal Guard deals Physical Damage. When slaying in the area, Minsitthar increases 30 points of Physical and Magic Defense. Enemies within the field reduces Movement Speed and can not use directional Blink skills. (The Royal Guards can not move, but they’ll attack enemies in the field first.) 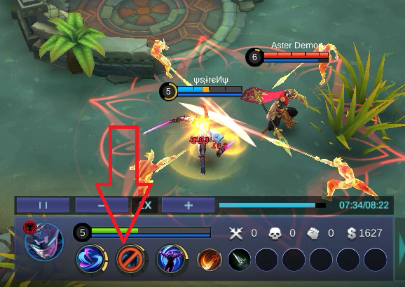 PS: this can hit enemies if they get closer to the field.

This skill has high area Damage, try to use this skill on more than 3 targets.

Ultimate skill has high AOE damage, using 1st skill and 2nd skill before ulti will help you to suppress the enemy and increasing Ulti hit rate.

This skill charges in a short distance, use the grass to gank enemies and make a surprise attack. also, this skill allows you going through the walls.

1. Make sure your mana is full and skills are refreshed. Use 1st skill to pull an enemy toward you.

4. Use inspire spell to increase your attack speed.

5. Once CD of 2nd skill refreshed use it again to stun the enemy.

6. If the enemy is trying to escape use 1st skill to pull him/her toward you and kill it.

1. “Warrior Boots” it will give you physical defense, will go up each basic attack received. If the enemy team has more magic damage better use

“Tough Boots” it increases magic defense. If you roam a lot use “Rapid Boots”

Hunter Strike: this item will work out well on Minsitthar too, he has no efficient escapable skills, this item increases hero’s movement speed after attack 5 times. Has Phys Atk. And CD reduction.

(Best Option)-Petrify: to petrify enemies by secs and keep the enemy inside the field of Minsitthar Ultimate skill and increase his Hit Rate. Also, it deals magic dmg too.

Flicker: Minsitthar has non-efficient escapable skills, this spell will help you to teleport you in a certain distance.

You can use Unbending Will or Disabling Strike.

Use Physical if you don’t have unlocked Physical Emblem Set

Eudora: she has a stun skill, she can help you to stun an enemy to increase ulti hit rate.

Aurora can freeze enemies for seconds, you can increase hit the rate on ultimate skill and CC enemies constantly.

Strong Against: others: odette, Akai…

Weak Against: Others Aldous, Diggie…

Minsitthar: if an Minsitthar enemy uses ulti on you, you’ll be unavailable to use ulti and will be difficult to escape.