Every assist or kill of Vale, will earn him a stack of windtalk, which adds 5 points of movement speed. 12 stacks at max. (permanent) When Vale reaches level 4/6/8, he can choose and enhance one of his abilities. These are the enhancements available. Each skill can only be enhanced once. Vale unleashes two wind blades towards the left and the right of the designated area. These are the animations of wind blades when vale enhances this skill. 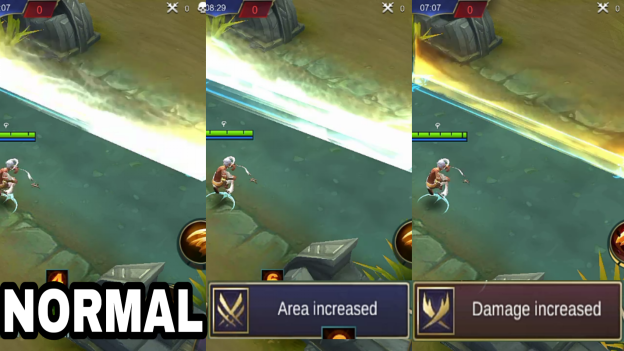 Normal and Scatter has the same base damage.

Vale sends a whirlwind forward, dealing damage and slowing down enemies by 40%. 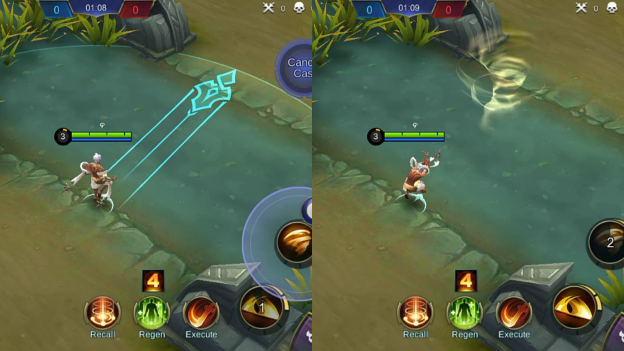 The other types of the windblow skill. Each skill has their own special effects. 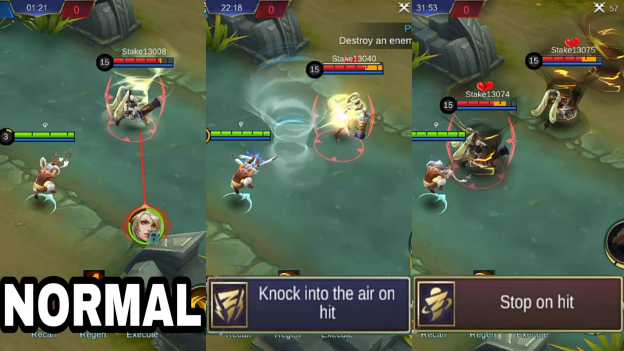 Vale summons a windstorm in the designated area that explodes after 1.5 seconds. Different skill animation after enhancing. The one with the area control has a 2 seconds delay, while only 1.5 for the others. 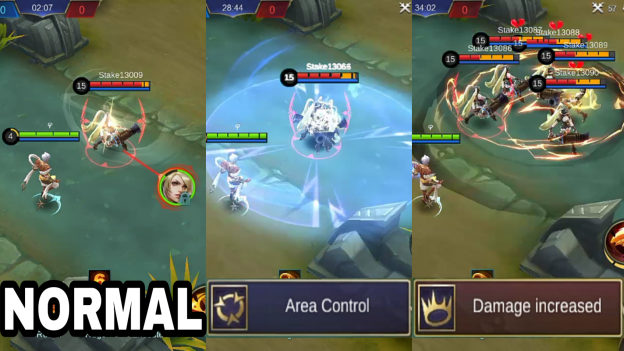 The windstorm : Gather is Vale's strongest CC skill. Enemies can't easily escape out of it if they won't use any blinking ability. The 1st and the 3rd are the main damage dealer. The 2nd is the CC skill, with its short cooldown time, you can use it more often.

This skill set is all about CC effects. 1st skill has an enhanced AOE and both 2nd and 3rd can disable multiple enemies at once.

The 3rd will be the skill to set the targets, the 2nd skill will be the damage dealer as it can deal more damage when the enemies are closer, while the 1st is the finisher.

The 2nd skill be the disable. 3rd is the damage. 1st is the finisher. Set 1 and Set 2 can be initiated in the same way.

3rd is the setter. 2nd is the main damage dealer. 1st skill gives the final blow. If your team is lacking in damage, then pick 1. If not, then pick 2. The second one is good for attacking multiple targets smoothly because of its wider AOE.

If the skills of your team consists a lot of stuns, then pick 1. With this, you'll be the heavy damage dealer. Pick 2 if not, just in case if the enemy has a casting skill to stop it.

If you want to be the clash setter, pick 2. It can hold and pull enemies, just like Tigreal's last skill. 1 if your team already has a setter. Best if the setter is a tank.

Flicker is a jack-of-all-trades battle spell. It can be used as a way to attack enemies or to defend from the enemy's attack. Best at surprise attacking enemies too.

Aegis is a durability battle spell. Mages are soft, and this applies well to Vale. Equip this battle spell to increase the survival chances of Vale in team fights.

Sprint can be acquired and used earlier than flicker. It enhances the movement speed of the user for a short while. Vale's passive and this goes well together.

Magical damage, magical penetration and a talent that has a burn effect which deals damage to enemies over time after inflicting the needed damage to targets.

This alternate talent set is good for mobility. It has speed and gives a percentage of magic power. The last talent gains Vale mana as he inflicts damage.

Mana regeneration to recover mana per second, extra magical damage to strengthen Vale's base magic damage and more magical capabilities given by the last talent.

The sets here can help Vale in any way. Be it as a skill spammer or as a burst damage dealer. If you already have an item set in mind, feel free to use and apply it to Vale.

Both Tigreal and Ruby can hold the enemies in place. If set well, Lancelot and Vale can deal huge amounts of damage together.

Vale can cancel Gord's last skill which is his most powerful skill, Zhask can't easily move away from his summoned creature because of its cooldown and Tigreal needs time to activate his last skill.

Natalia has her silence, and she can go invisible too. Harley can surprise his enemies also and Diggie can remove any CC effects coming from skills, it can cover a large area too.