A new decent tank. A combination of offense and defense, being a great initiator and nullifier punishing enemies and contributing the team with his great crowd control effects.

Khufra is a great ally in lane that can do offensive moves such as poking, dashing towards the enemies and preventing enemy from escaping in team fights, while being in his defensive state like being durable by increasing his defence attributes and healing his self.

Also he can be a roamer with his long range charge and his ability to prevent enemy to blink or dash through him while dealing great damage at the time.

Every 12 seconds, Khufra’s next basic attack gains an increase in range and deals extra magical damage that equals to a percentage of his maximum physical damage plus 8% of his Max HP and also slows the target down.

Spell Curse’s Cooldown will be reduced by 4 seconds each time Khufra uses his skills to control any enemy heroes. 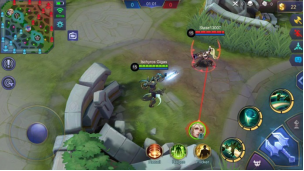 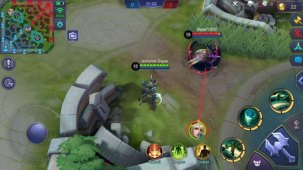 Khufra channels and pulls his arms to cast himself in a specified direction, dealing physical damage to enemies in his path.

Hitting an enemy hero or reaching its maximum range will land Khufra in the area, dealing additional physical damage to the enemies nearby and knocks them up. 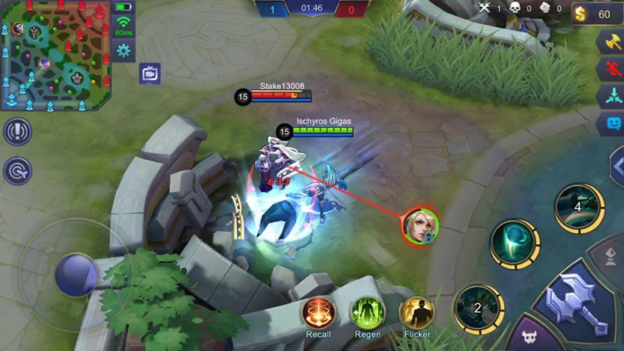 Transform Khufra into a magical bouncing ball by wrapping his self with his bandage, gaining an increase in his physical and magical defence.

Enemies that try to blink or dash to pass through Khufra will be knocked up.

Each time Khufra lands on the ground will deal damage to the surrounding enemies and reducing their movement speed.

If enemies meet an obstacle during the process will deal extra damage and get stunned instead of slow. 1.Use 1st skill from a location where enemies’ doesn’t have a sight, for you to have an unexpected entrance. 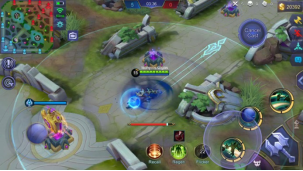 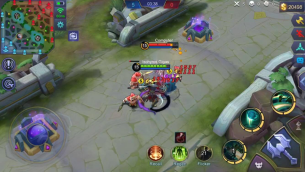 2.After landing in the location, you could either use your ultimate skill when enemies are nearby wall, if not use 2nd skill to prevent them from escaping. 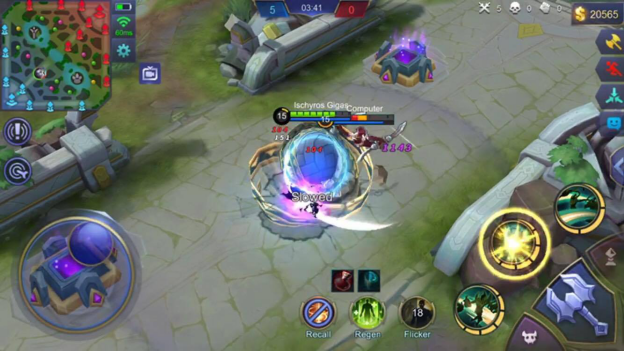 3.Then wait for the right time where enemies are near from any obstacles and immediately cast your ultimate skill. Note for your Skill Path:

Flicker – blinks to a certain distance in a specified direction, for 1 second after blinking, Khufra's physical and magical defense increases.

Place you in a better position for your skills.

Helps you to chase down escaping enemies.

Gives an additional disabling ability for your arsenal.

Sustained DPS – I recommend this item set because of its great attributes increase and unique passives that really suits Khufra’s abilities of being offensive and defensive in the game.

Blade of the Heptaseas – this item improves Khufra’s offensive state in the early phase and gives a decent defensive attribute.

Unique Passive: Streamroll – damaging skills will lowers the target’s physical defense by 25 points, this effect applies before the damage and lasts for 3 seconds.

Unique Passive:  Valor – physical defense will go up by 5 points with each basic attack receive, up to 25 points and lasts for 3 seconds.

Oracle – a part of the core defensive items for Khufra, increasing the amount of HP regeneration and shield absorption he receives.

Thunder Belt – also part of the core offensive items for Khufra, this item improves Khufra’s offensive by improving his basic attack giving a slow effect and extra damage to the targets.

Unique Passive: Thunderbolt – after casting a skill, Khufra’s next basic attack deals extra damage that equals to the 2% of his max HP and slow effect to the target and surrounding units for 1.5 seconds.

Sky Guardian Helmet – for your 5th item, this item greatly increases your HP and HP regeneration.

Unique Passive: Recovery – regenerates 1.5% of Khufra’s total HP, eliminating enemy heroes raises the regeneration effect of this item by 0.4%, while assists only raises by 0.2%, up to 3.5%. The effect wears off after 5 seconds upon taking damage.

Athena’s Shield – lastly, this item improves Khufra defensive status greatly, by giving him shield absorbing damage every half a minute.

Unique Passive: Shield – gains a shield absorbing damage every 30 seconds, the shield amount grows as the game goes on, maxing out at 1150.

Brave Smite – crowd controlling an enemy grants 5% of max HP, this effect has a 10 seconds cooldown.

Attack and Defense – converts 0.40% of max HP to physical attack and magical power.

Counters: Enemies that depends their offense by blinking or dashing that is easily countered and nullified by Khufra.

 Saber – nukes and holds Khufra for a long duration.

 Diggie – counters Khufra by giving immunity to his allies.