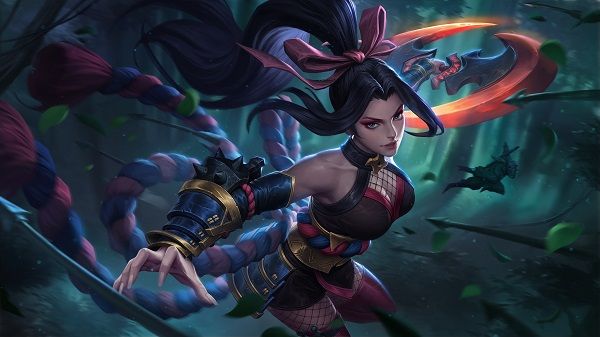 TIPS AND TRICKS (HOW TO PLAY HANABI 101)

Skill’s Explanation: The Scarlet Shadow’s secret technique.When Hanabi has full HP,50% of health that would have been granted from Lifesteal is converted into a shield for up to 20% of her max HP.When this shield is active,Hanabi is immune to all control effects. Skill’s Tips: This skill give a huge advantage to Hanabi whenever she has a full HP.Grab a Lifesteal item or level up her 1st skill(Passive) as soon as possible and attack enemy in a strategic location to prevent from being attacked.This could give Hanabi a shield for up to 20% of her max HP and immune to all control effects.

Skill’s Explanation: Hanabi consumes Mana to unleash the flower demon sealed within the Higanbana, firing petals blades at her enemies.After each basic attack hits,a new blade will spawn and deal 30% physical damage to the enemy.Fires 3 petals(damage has disminishing returns with each hit).

Passive: Hanabi gains 7% Lifesteal, which will increase by 3% each time this skill’s level is upgraded. *New blade spawn to the nearby enemy*

Skill’s Tips: Use this skill when enemy is crowded so a new blade can be spawn.Cast or uncast this skill in the perfect time because it can take  a lot of mana if not use it properly.

Skill’s Explanation: Throw a kunai in the specified direction, attached to a scroll sealed with demonic flower energy.Deals 300(+80% Total Physical ATK) physical damage to enemies it hits along the way and slows them by 60% for 2 seconds.Each enemy hero hit,Hanabi will recover 140 Mana for each enemy hero hit. 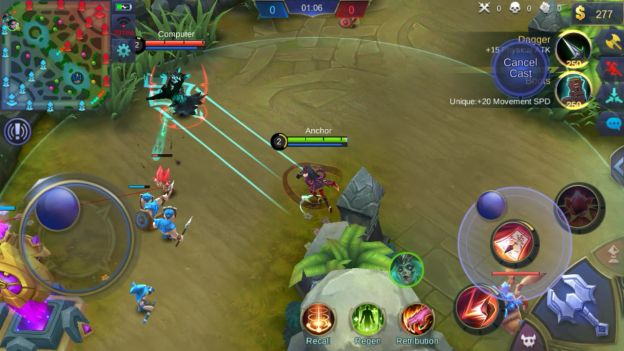 Skill’s Tips: As you can see clear evidence in the picture,it tells that Hanabi’s 2nd skill is helpful when enemies trying to escape or chase you,you can easily use her 2nd skill to deal damage towards the enemies while slowing down them.Use this skill efficiently so Hanabi can recover her Mana whenever an enemy hero get hit by the kunai.

Skill’s Explanation: When the flowers blossom,the leaves are forgetten.Hanabi completely unlocks the Higanbana’s seals and launches it at the enemy.After hitting an enemy,the Higanbana blooms , dealing 400(+100% Total Physical ATK) physical damage and immobilizing them for 2 seconds, then spreads to nearby enemies.After a certain a period of time, if the enemy is still within range of Higanbana,a new flower will appear,causing the same damage and immobilization effect.The spreading effect only works once per hero. 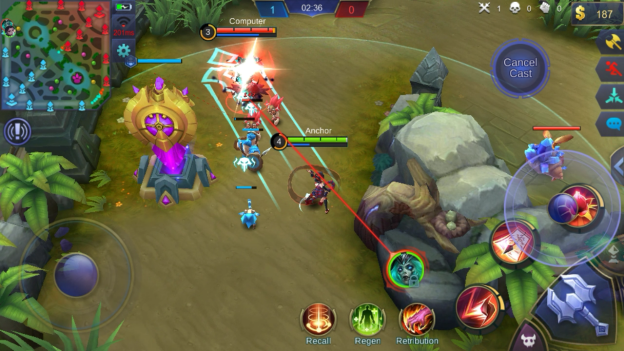 Skill’s Tips: The Immobilize effect makes this an invaluable skill in team fights.When enemy hero is crowded use the Ultimate skill to deal damage and immobilize them.Better use this skill when enemy is in your turret area.

1. Lock on to the target using the ultimate skills. 2. Use the 1st skill to spawn blade to the nearby enemy and increase Lifesteal effect. 3. After the 1st skill finished,use 2nd skill followed by basic attack to the target to add more physical damage. 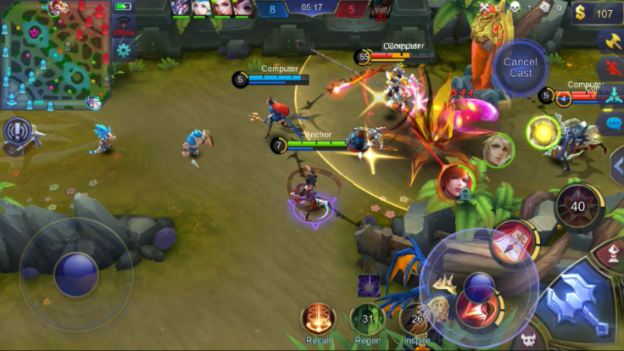 1.When enemies is crowded,use the Ultimate skill to the most escapable enemy to immobilize and spreading the Higanbana’s flower to nearest enemy hero.

2.Activate the 1st skill and use basic attack while your teammates harassing them. 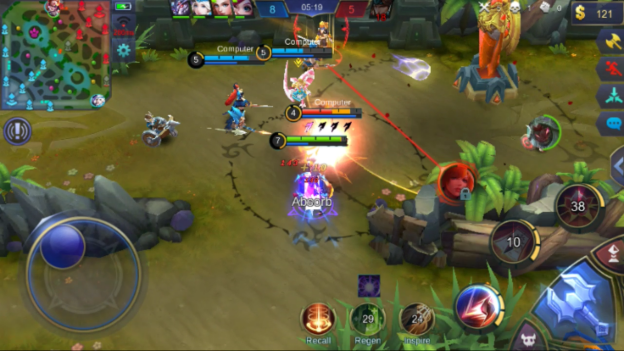 3.Immediately use the 2nd skill to slow down the enemy who is trying to escape or last hit healpoint.

In the early game,buy a Boots to speed up Hanabi movement.By only buying a Boots has,grab a Haas’s Claw to add some Lifesteal for improve her Passive skill.After Haas’s Claw has finished,buy Boots of Tranquaility to regen Mana and HP.In the mid game,grab a Scarlet Phantom to add attack speed and critical chance.After that,grab Windtalker to improve Hanabi attack speed and movement speed.In the late game,buy Berserker’s Fury for critical chance and damage and take Rose Gold Meteor as the final item to add shield.This gear set will help Hanabi wheither for solo killing or team fight.

Every talent would suit.

Every talent would suit.