The deep bind with stars gives cyclops the power to control time. Current cooldown of all skills will reduce by 0.5s when his skills hit enemies.

Gathers the power of stars and cast two shock waves of stardust, each dealing 220 (+60% total magic power) pts of magic damage to the enemy.

Use this skill to clean lanes easy, this skill can hit vertical objectives, easy to clean a lane or if the enemy allies are near each other, you can hit all of them. 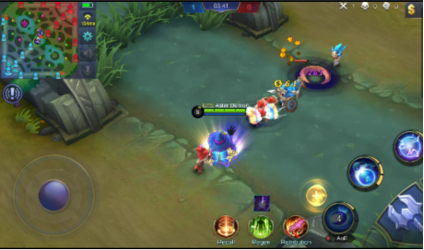 Uses the power of stars to generate a starlit sphere spinning around him and increases his own movement speed greatly for a short period of time. The sphere will attack nearby enemies (enemy heroes first) automatically, dealing 210(+50% total magic power) pts of magic damage to them (damages dealt to the same target will decay). Uses the power of stars to clean up jungling, that’s a strong attack and fast cooling down. Or use this skill to run fast to chase an enemy who is trying to escape or escape from the enemy if it’s necessary.

ESCAPE FROM THE ENEMIES. 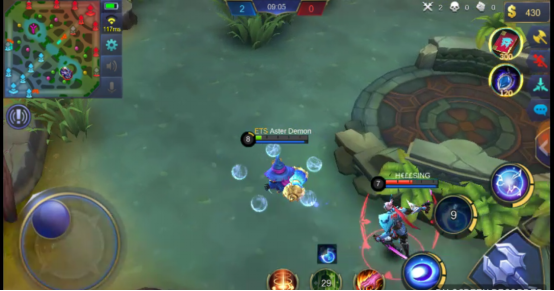 cyclops wields the power of stars to his fullest and creates a magic sphere filled with planetary power to track his enemy, dealing 600(+220% total magic power) magical damage. The target will be immobilized for 1-2s based on sphere’s flying distance.

Use this skill to immobilize an enemy who is trying to escape or with his powerful damage to last hit. 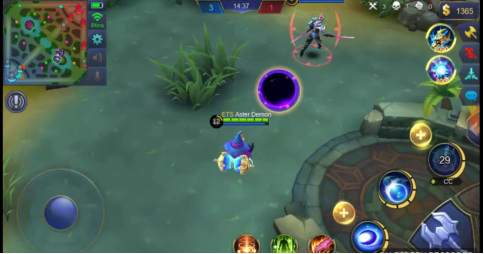 1. Immobilize the target to make the hero unable to escape.

2. use the 2nd skill to speed up and dealing damage. 3. use the 1rst skill to dealing damage. 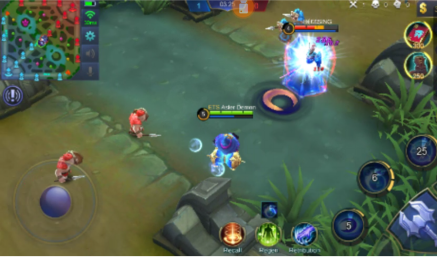 4. If the enemy try to escape you can hit the enemy with this jungle gear with retribution

after use retribution on enemies: reduces target’s 70% of movement speed by 3s and within a short period of time receive a shield that scales off maximum health. 5. Use basic attacks to give him damage and the 2nd skill when is cooled down and slain him.

6. If the enemy backup quickly use the 2nd skill again when it cooled down to escape.

Cyclops can kill the turtle, at level 5 or 6, if not, then steal monsters in the near enemy jungle area beware the ambush.

Cyclops with retribution and skills can jungle easy and fast, with the 2nd skill can run away if the enemy face him stealing their jungle.

Try to help your allies aim at mages and marksman (adc) make them unable to escape.

1. Make sure skills are not cooling down, to help teammates make sure what lane you should help, can see the map for it. Hide in a brush to be invisible for the enemy. 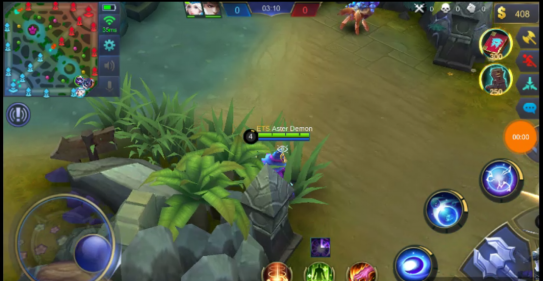 2. when he’s approaching from your allies attack with the 3rd skill to unable to escape and dealing damage, you allies will kill him easy with that. (you must attack marksman, mages, supports, weak enemies or if is a tank or fighter who has a low life you can slain him as well). 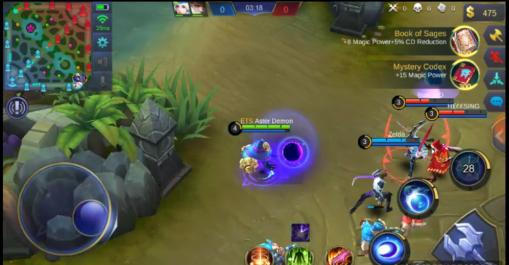 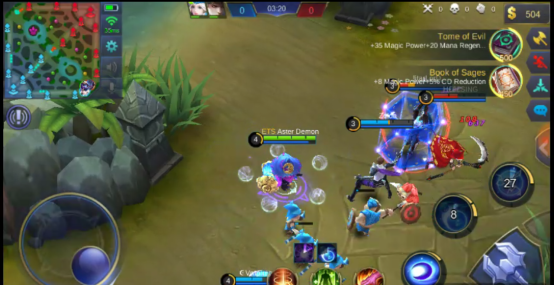 5. The 1st skill you can hit two targets if the enemies are near each other. 7. Go help the others or protect the lane.

start with hunter's knife to kill the jungle creeps faster and get more exp. upgrade it to beast killer. Buy arcane boots to +15 magic PEN and +40 movement speed. Buy enchanted talisman +50 magic power, +250 HP, +20 CD reduction and regen 10% total of one’s max mana every 10s. Buy lightning truncheon +75 magic power, +30 mana regen, every 6s the next damaging magical ability Will proc, max 3 enemies Will be hurt by 150% magic power damage. Concentrated energy (this item is very important to cyclops because all his skills deal damage and he can heal himself faster) +70 magic power +300 HP, +30% spell vamp and regen 10% of one’s HP after killing a hero. Glowing Wand +75 magic power, +5% movement speed, +15 magical PEN, burns the target for 3s when the skills hit and dealing 2%/2.5%3% of the target’s current HP as magic damage, at least 10 pts. Devil Tears +65 magic power, +40% magical PEN, when HP is higher than 70% and the unique bonus effect is increased by 30%.

RETRIBUTION: speed up jungling. Deals 600-1440 damage to nearby jungle monsters or minions (damage increases with level). Reduces damage taken from jungle monsters by 30% for 3s if used when equipped with jungling items.

FLICKER: teleport a certain distance in a specified direction. For 1s after the teleport, duration of disabling effects received will be reduced 50%.

Magic worship: When dealing damage that is more than 10% of target’s max hp for 3 times in 5 seconds, burns the target 3 times, each burn dealing 82-250 magic damage. This effect has a 20s cooldown.

Franco: Franco is Tank, Franco can protect you from all attacks or draw your opponent to kill you easily.

Harley: Harley has a high burst damage, when cyclops stun an enemy Harley can use his ultimate and his skills to slain easy enemies.

Karina: Karina has a very high Burst Damage, but the Damage you have is higher than her. Attacking Karina with a good combo will produce great results for you. Karina was also very weak at the time of Early Game.

Lancelot: Lancelot can be stunned with the ultimate skill of cyclops, can be killed easy. But if Lancelot use his skills Thorned Rose and Phantom Execution he can be invisible for a sec. and he can be immune to cyclops ultimate skill. Attack Lancelot with a good combo and you will defeat him with or without your teammates.

Harley: Harley can use his Skill to escape or return to its original position. Although Harley is sometimes very weak, but with the correct Harley Build it can produce a huge Damage. This is a threat to you. Use the right Combo, then you will win from Harley.

Helcurt: Helcurt is a mage killer easy, he can silence him constantly with race advantage and the high damage of him can slain easy cyclops.

Chou: Chou with Shunpo skill is immune to control skills. If Chou evade the Ultimate skill of cyclops chou can slain easy Cyclops or his teammates.

Gusion: with his damage can slain cyclops in a flicker.