Uranus A.K.A "The Fountain of Life" The ultimate tank that doesn't care how much damage you can deal as he'll just regenerate all of it in short amount of time. Uranus' Main power is regenerating his health points, as it can reach whooping amount of HP per second that can put all burst damagers and dps out there into shame.

Strengthens himself, regenerating 2-9 HP per second for each stack. Over 8 sec stacks up to 20 times.

Tip: Fighting near minions will help you stack up faster as everyone will be dealing damage with Uranus. Tip: Building items with health regent can boost this ability even further that will maximize Uranus' capability

Note: Necklace of Endurance can halve the effect of his regeneration 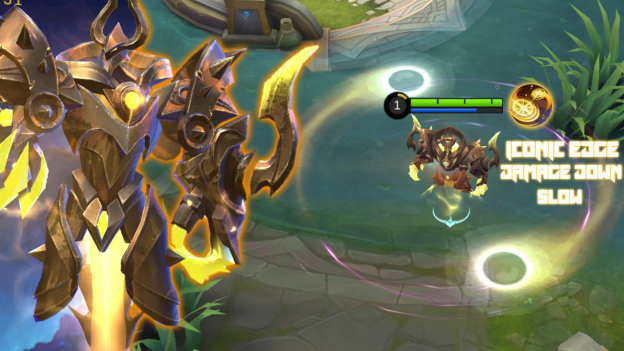 both magic and physical power of enemies hit by 15% more importantly also reduces their movement speed by 40% for 2 seconds. Each stack of radiance increases damage dealt by 3% that can reach up to 60% more damage for spheres. However it can only deal damage once per enemies.

Tip: Matching up with demons advent that eats up 6% of enemy’s power with dominance ice to slow down enemies both attack speed and movement speed would be a devastating power up for Uranus.

Tip: Try prioritizing enemies whom deal the most damage to lower their damage output and make a huge advantage in the battlefield.

Granting him a full immunity for slowing effects or crowd control. The shield will then explode dealing magic damage within a small parameter around him. Tip: Should be used for initiating team fights as of you gains slow immunity or can also be used for escaping. Consecration: Uranus unleashes energy stored within his body to disable the designated 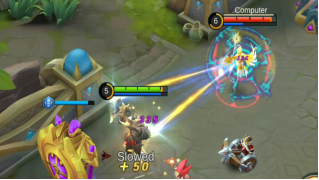 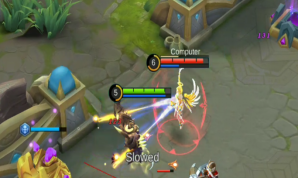 Tip: Highly recommended for disabling the most mobile enemy heroes such as fanny. Also can be used to disable the most devastating heroes as example roger and other high dps heroes.

Maximizing Uranus' Main Ability is important as items are available to make him tougher and cooler more like the seventh planet in our solar system.

Boots of Tranquility: Starting of the game with better movement speed

Would really help even more benefits with 20 health and manna regent. Also packed up with unique passive ability that boosts your healing ability by 10% best with Uranus passive ability.

Oracle: Followed up with oracle that gives so much for a tank. As Uranus deals damage

based on magic power and somehow also relies on his abilities oracle gives 10% cool down reduction, 850HP, little bit of magic resistance and hp regent. Unique passive ability that will give ability to regent even more for Uranus after being attack by enemies that equals to 8% of his health points, building more Hp for Uranus would help.

and 15 heal point regen this item completely matches Uranus needs. With unique ability that will slow down enemies hit after casting a skill that results in a true damage output.

Clock Of Destiny: Uranus aint just for tanking and healing health points as of Uranus deals

more catching here is its unique passive ability it does gives a huge 15% cool down reduction and lowers movement speed and attack speed of nearby enemy heroes. Matching it up with Uranus first ability will generate so much debuffs with the enemies.

920 health points, 54 armor and 30 hp regen but here's the catch when enemy hits uranus the item will reduce the enemies power by 6% both magic and physical applying with the uranus first skill could lead to more devastating debuff for the enemies.

Bloodthirsty King: More of a lifesaver item as of killing and assisting allies with slaying

enemies grants you 20% health regeneration abiltiy within 5 seconds paired with his passive is massive! granting him a huge amount of healthpoints 1550 thus making him tougher and tougher to kill.

15% the longer the battle lasts the more benefit of this talent that will be useful and spell cool down reduced by 15% too.

Healing Spell: Back up source of mana and health points.