Angela is a support-type hero that loves to help her teammates and giving them hopes to win any clashes. She maybe a doll, but she is crucial for her team especially when a teammate is low on HP, Angela will possess a teammate and support him/her to achieve victory. It’s so easy to play with her since she is meant to help teammates and slashing enemies in the same time. In this guide, I will help you guys to master Angela better with these 4 rules of her.

Angela can heal and kill at the same time depends on the situation she head on, either you will get assist or a kill doesn’t change the main role of her. Assisting allies with her skills and agility sure will bring your teammates to the victory itself.

RULE NUMBER 2: Stay out from any incoming attack.

Angela is terrifying, but also very fragile. When it comes to enemy heroes, Angela mustn’t go all out when attacking her opponents. Even though she is super effective with her skills, she does still need her allies to help her defeating the opponents. If Angela has slained, the balance of the team may broken because there’s no support helping the team, so play safe, and victory is at ease.

Possessing an ally is a massive profit for Angela and her ally because when Angela possesses an ally she will add some armor point so the ally can stay alive and run away or fight back the enemy. I recommend possessing a low HP ally such as Marksmen heroes, Assassin heroes, and Mage heroes.

To play with Angela, you have to see the map and your allies’ condition. When an ally is on the critical condition, Angela can Teleport and Possess the ally and give them some healing power while attacking at the same time. You may not be able to use her basic attacks, but it won’t restrict you to use her skills. 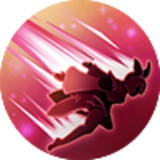 Each time Angela uses a skill, her movement speed increases by 15% for 4s, up to 30%. This acceleration effect will also be applied to her attached ally. 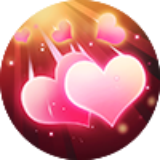 Launches love energy in a designated direction, dealing 170(+50% total Magic Power) magic damage and adding a lover’s mark. Each stack of Lover’s Mark increases the amount of damage the target takes by 20% and reduces their movement speed by 10%. Lasts 4s, and can be stacked up 5 times. Restores 100(+60% total magic power) HP to friendly target. Up to 5 charges can be stored (recharge time is affected by cooldown reduction). 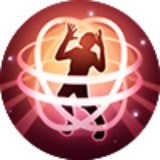 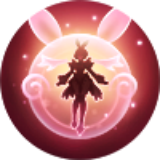 Angela gathers energy to generate a shield for a friendly target, which absorbs 1200 (+200% total Magic power) damage for 6s. Shortly after this, she will become attached to the friendly target for 12s (all skills still be used for the duration and will not consume mana). If you use this skill again, or if the friendly target dies, this effect will be canceled.

Growth for every skills:

Flicker: This spell is like a super panic button, use it for escape only

Healing Spell: Use this to heal yourself and nearby allies when you or your teammate HP is below 40%.

Weaken: Although this spell is underrated, never underestimate this spell because it will decrease a specified hero’s to 70% and lower their physical attack and magic power by 50%. While it last for 3s, this spell is perfect for Angela when she’s using her Ultimate to allies and weakens the opponent’s most dangerous heroes.

In the early game, buy Enchanted Talisman first and wizard boots, you can change the boots with magic boots. Necklace of Durance is useful because it has 10% cooldown reduction and life drain as passive to reduce regeneration to 50%; I recommend taking it before reaching level 9. Ice Queen Wand used to slowdown your enemies and helps your teammates chase down the enemies. You can buy Lightning Truncheon and Blood wings for late game to give some magical damage.

When it comes to partnership, Angela can cooperate with all heroes in MLBB, but these are the most cooperative, most counterable, and most unavoidable heroes for Angela.

Most heroes that countered by Angela

Most unavoidable heroes for Angela