Description: Enemy units near Sun or his doppelgangers will experience a 10% reduction in physical defence, up to 3 stacks.

Comments: When Sun or his doppelgangers are near an enemies, nearby enemies physical defence will gets reduces by 10% and can stack up to 3 times i,e, at max stack 30% Phy DEF reduction. Sun and his two doppelgangers near an enemy/ies will gives full stack. 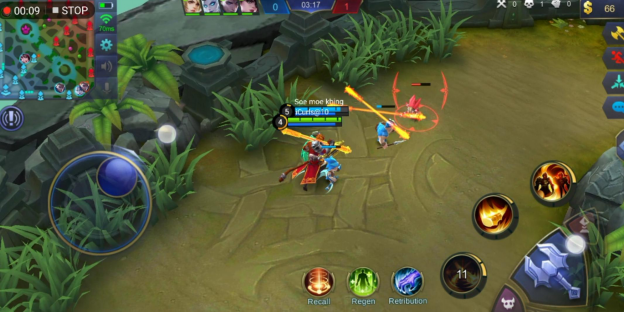 Description: Sun hurts his Golden Staff towards a designated direction. Deals 250(+90% Total Phy ATK) points of Physical damage to enemies along its path. Heroes and monsters that come in contact with the staff experience a 40% reduction in movement speed for 4s. At that point, Sun will create a doppelgangers to attack the enemies. Doppelgangers possess (+0%).

Comments: Give a direction in such a way that the Golden Staff will passes through maximum unit of enemies which will deal damage and reduce their movement speed for few sec and a doppelgangers will be created to attack the enemies its hit. This is very effective especially in team fight as its deal damages to all the enemies it hit and greatly slowing them and a doppelganger will summons and to slow down escaping enemies. Also helpful  to slow down escaping enemies and for lane clearing and faster farming as multiple target can be hitted. 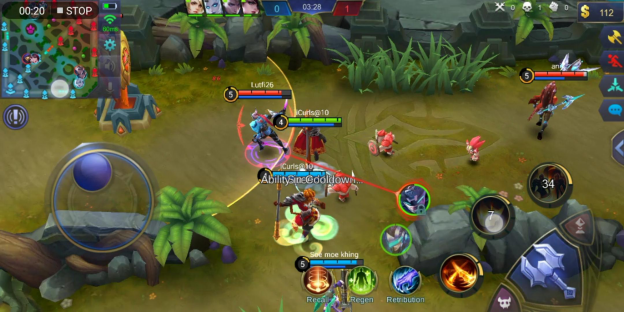 Description: Sun and his doppelganger launch an instant attack against an enemy unit, dealing 150(+60% Total Physical Attack) points of Physical Damage. For 2.5s, movement speed for both of them are raised by 30%.

Comments: An immediate attack will be launch along with his doppelganger which will deal 150(+60% Total Phy ATK) Phy Damage and their movement speed will be increased by 30%.

It is helpful for getting deep into fight or chasing an enemies. Use only in the presence of his doppelganger(ultimate) for highest effects. The Doppelganger from his 1st skill is not affected by this skill i,e, only Doppelganger from Ultimate. Description: Sun Summons a doppelganger that has 70% of the attributes. Doppelgangers will receive more damage per attack. However, every time they attack will recover Sun’s HP. Doppelgangers last 12s. 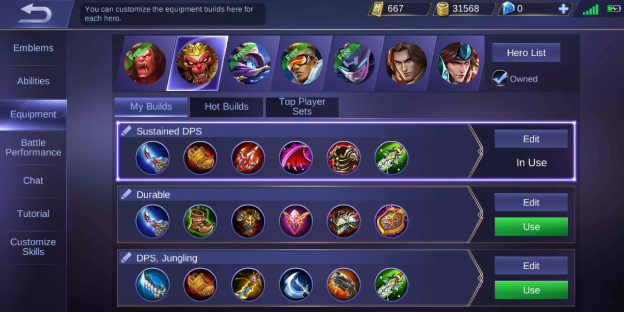 (Description of the items below is not the full details of the item, but the reasons why the items are for Martis)(Basic stats/Passive)

: +15% Attack Speed. To increase her attack speed of Sun and his doppelganger.

: +22 Armour. Physical defence will go up 5 with each basic attack received, for an increase of up to 25 points, lasting 3s.

Note: 1. In 1st slot(Sustained DPS), Blade of Despair can be replaced by Malefic Roar or Immortality.

. Heart of Steal can be replaced by Blade of Armour(+90 Armour. Deals 25% of opponent’s physical attack as physical damage to an attacker when  a basic attack is received).

3. In 3rd slot (DPS, Jungling), Raptor Machete can be replaced by Wings of the Apocalypse Queen at late game or after full build. 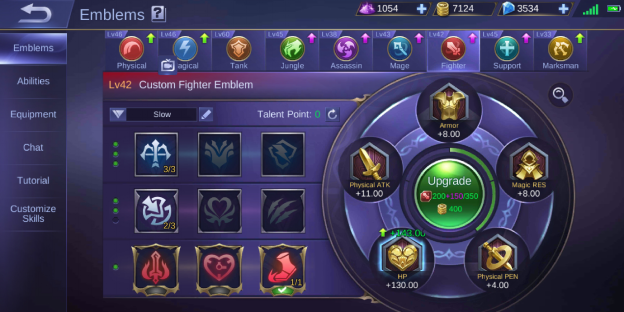 : Deals 600-1440 (true damage) to nearby jungle or minions( damage increase with level). Reduces damage taken from jungle monsters by 30% for 3s if used when equipped with jungling items.