Minotaur’s rage increases whenever his basic attacks and skills hit an enemy unit. Once Minotaur’s rage reaches its maximum, he will enter a rage state and gain bonus damage, armor, and magic resistance (increases with level). Skill also gain bonus effects. After Minotaur loses his rage state, he can not recover rage for a brief period. 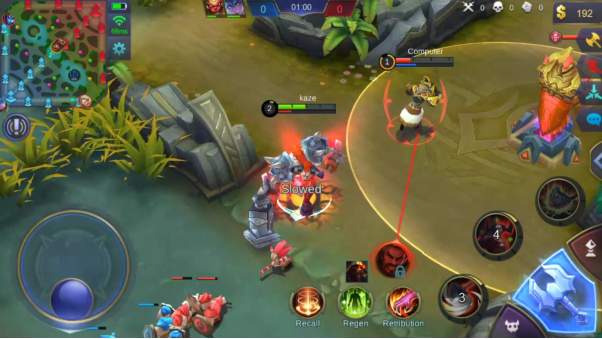 1. This is Minotaur’s core skill. Once, the passive is activated and you enter rage mode, all your skills will get enhanced. Try to hit minions and jungle monsters whenever you can to fill up the rage bar quickly.

2. Do not leave your rage bar empty even if there are no enemies around, always fill it at least 50%. You never know where the enemies at and the passive will come in handy if you have it.

3. In doing so, when encountering sudden attack from the enemies, you can only hit the enemies several times for the remaining rage bar to reach its limit.

Minotaur jumps towards a designated location. Upon landing, Minotaur deals 280(+60%Total Physical ATK) points of Physical Damage to all surrounding enemies and slows them by 65%. Minotaur also recovers rage. If Minotaur is in rage state, the damage area of this skill becomes larger and deals 1.5% of the enemy’s max HP in Physical Damage. 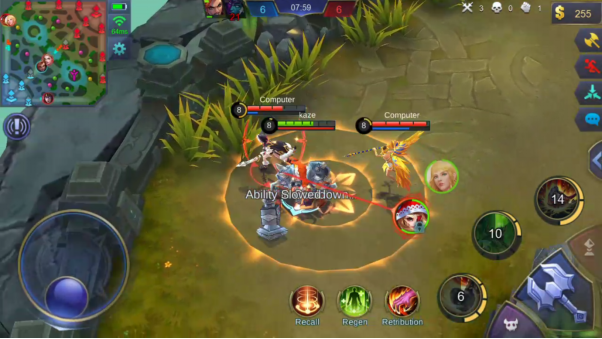 1. This skill deals AoE damage to surrounding enemies and slows them. While the cooldown for this skill is very short, try to spam this skill during the clash.

2. Although the range is very short, you could at least slow the enemies for a few seconds for your allies to attack them. 1. Always use this skill when available during battle. You are not just healing yourself but your nearby allies also get to regenerates.

2. When in rage state, stand in front of your allies within 2 seconds to take damage from the enemies, because the damage taken will cause Minotaur to heal.

Minotaur enters a rage-save state where he continuously recovers rage. The longer Minotaur charges this skill the more rage he recovers. 1. Beside hitting minions or jungle monsters, you can use the ultimate to continuosly filling the rage bar. Before launching an attack, press and hold the ultimate skill to fill the rage bar to about 50 to 75 percent.

2. Do not charge the rage into its maximum before clashing because it will concern the enemies. The enemies will try to avoid you leaving your passive rather useless.

3. Try to fill the rage bar to the point where you can fill it again a little more during the fight. In this way, you can lure the enemies and will have the chance to enter rage state in the middle of the fight. You can now determine the perfect time to bounce the enemies off the ground with your ultimate. 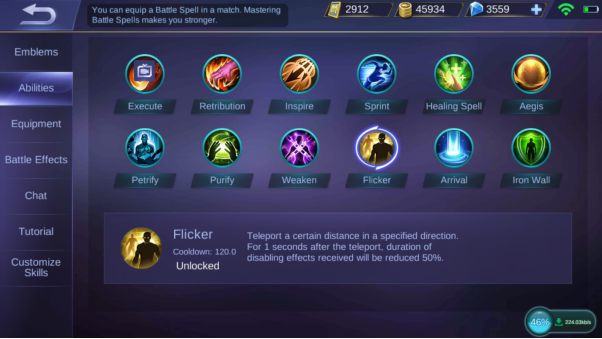 Flicker is very effective for Minotaur to use it as an escape, since Minotaur does not have escape skills.

If the enemies have more Physical Damage, It is suggested to pick these talents:

If the enemies have more Magic Damage, pick these talents instead:

Focusing Mark, After dealing damage to an enemy hero, the damage dealt by allies on the enemy hero will be increased by 6% for 3 seconds. This effect has a 6 seconds cooldown.