Converts 3% of lost HP to Physical Defense, up to 250. Dealing damage to enemies with higher HP grants 110~250 HP (increases with level) and 0.5 times HP in physical defense. The effect can only occur once every 6 seconds. 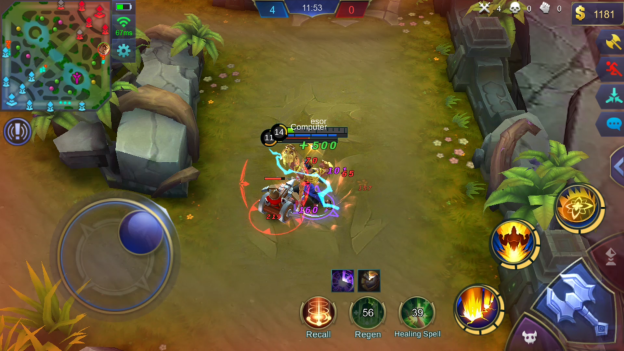 • If the passive icon showed, it means that you have triggered the passive with HP grant and this has 6 seconds CD.

• Gatotkaca is one of the toughest tank because of the conversion of his lost HP to Physical Defense.

• This skill can be use to spam and poke an enemy, but this is mana consuming which you need an item for mana regen.

• Use this to help you clear minion wave faster, as it has also an after effects damage.

• This can be use to chase hero and slow them down.

Gatotkaca charges and shouts loudly towards a designated direction, taunting enemies to use basic attack against him, duration is determined by how long Gatotkaca charges this skill (for up to 1.3 seconds). After 2.5 seconds, Gatotkaca will launch a counter attack that deals 100 points of Magic Damage and 1.5% of his total HP in Magic Damage. 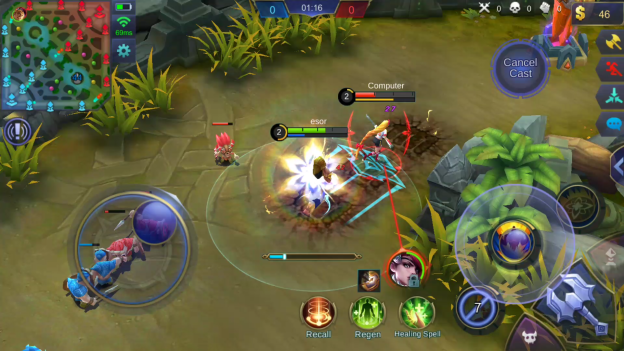 • Counter damage starts at 100 points and when in max level it is at 175 points.

• This Dashes towards a direction that can go through thin walls, which can be use to escape or chase an enemy.

• Can be use to cover teammates especially in a team fight.

• Best for initiating a team fight or ganking a hero.

Avatar of the Guardian

Gatotkaca can quickly charges and jumps to the designated area, knocking nearby enemies into the air for 1 seconds and dealing 500 (+300% Total Magic Power) points of Magic Damage. Energy units near to the center of the area knocked into the air for a longer duration. • When using this skill you have to anticipate the movement of the enemy to aim this skill properly.

• This can be use to gank, to initiate team fight, to escape, and even to steal the lord. • This can be perfectly use when enemy heroes are in abnormal state.

• When knocking them down your teammates can now go in and start wiping enemies out.

• Hide in a bush and use this to surprise the enemies.