REWORK FOR MINOTAUR - SON OF MINOS

Minotaur is tank/support hero that specializes with crowd control. Because of his ultimate skill, he can disable all enemy teams that are near to him and with this great skill he can easily help his teammates in team fight. Aside from disabling enemy team, he can also provide enough hp regen to sustain himself and his allies.

Even though he possessed great unique set of skills he is still a not so popular hero you see in rank games. One of the reason is that he needs to be at the center of the clash in order for him to properly execute his skill. Flicker can help him with this but with the new update on Minotaur they have provided him with new skill enhancements that he can use more in the game especially on team clash.

For this guide, I will be discussing to you the new rework for Minotaur in terms of the new changes that was done with his ability skills.

For Minotaur’s passive skill, nothing has changed and it still provide the same effect as before. Minotaur’s rage increases whenever his basic attacks hit an enemy unit. Once Minotaur’s rage reaches its maximum, he will enter a rage state and gain bonus damage, armor, and magic resistance (increases with level). Skills also gain bonus effects. After Minotaur loses his rage state, he cannot recover rage for a brief period.

For his first skill, the cooldown duration of his skills are still the same. The base damage and added damage were remain unchanged in the rework. The only changes that was done with his first skill is that, Minotaur has now a new ability that let him jumps towards a designated location. Upon landing, Minotaur deals 280 (+60% Total Physical ATK) points of Physical Damage to all surrounding enemies and slows them by 65%. Minotaur also recovers rage. If Minotaur is in rage state, the damage area of this skill becomes larger and deals 1.5% of the enemy’s max HP in Physical Damage.

For the added jump of Minotaur, he can now easily set and charge a team fight without being easily disrupted by the enemy team. The added jump effect would greatly help him become a much greater tank for your team.

As you can see from figure 1, the distance for the jump ability is just a short range. But even though the range is not that far, it could really help him set his skill already. This would give him a better chance in entering a clash. 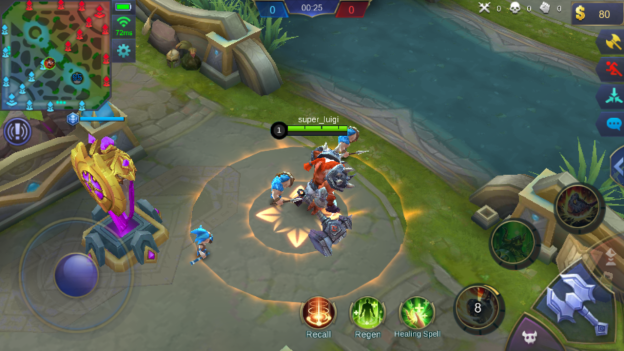 FIGURE 2: MINOTAUR AFTER HIS SHORT JUMP

For his second skill, it is still the same HP regen effect. The only changes that was done is that the regen you gain will be based on how much damage you have taken and the regen effect you can provide to your allies has a constant value that is more greater compare to the old regen which is just 50% of his regeneration.

For his ultimate skill, it has been completely reworked. This time he has 2 effects. The first effect is that Minotaur enters a rage-save state where he continuously recovers rage. The longer Minotaur charges this skill the more rage he recovers. If in a rage state, Minotaur smashes the ground 3 times, sending schockwaves that deals 180 (+85% Extra Physical ATK) points of Physical Damage to surrounding enemies and slows them by 180 (+85% Extra Physical ATK). The last shockwaves knock enemies up, while the final shockwave deals 70% points of true damage. 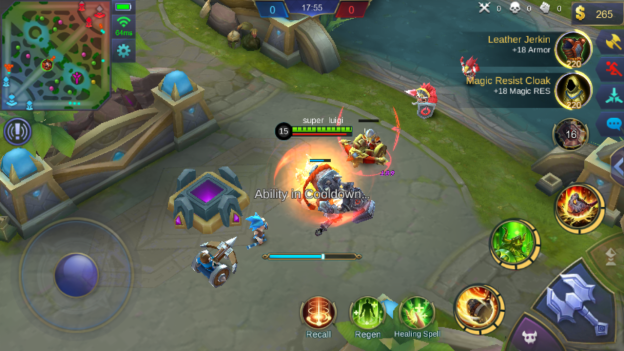 From figure 5, you can see him flying in the air before knocking down all surrounding enemies in the ground.