Selena uses the power bestowed upon her by the Moon God and the Abyss to switch freely between her two forms. When using skills in her Elven form, Selena attaches one Abyssal Mark to her enemies (when Abyssal Trap hits an enemy, it immediately adds an Abyssal Mark). Up to 2 Abyssal Marks can be added to an enemy. Skills used in Abyssal form will consume 1 of these marks to deal 290-500(+40% Total Magic Power) bonus Magic Damage.

Guideline: Selena can switch between his two form, Elven(range) and Abyss(melee). When in her Elven form, with each skill used, Abyssal mark is added to an enemy. And when skill is used in Abyssal form with Abyssal Mark, it will deal bonus Damage. So, 1st you attack in Elven form, after Abyssal mark is added, transform into Abyssal form and use skill on the marked enemy.

Selena summons an Abyssal Devil to lurk in a designated location. The Abyssal Devil smothers a nearby enemy with its body. Within 1s the enemy’s movement speed is reduced by 70%. After some time, this skill deals 350(+150% Total Magic Power) Magic Damage to the target and other nearby enemies, slows enemies for 1s by 70%. Selena can summon up to 3 Abyssal Devil’s. Damage will decay when a target takes damage from a multiple devils at the same time.

Guideline: Somehow like Nana 2nd, Selena can summons up to 3 Abyssal Devil which can reduces enemy’s movement speed by 70% and after a small delay, deals magic damage. Can be used to drop in between the fight or protect herself from gank or spamming damage. Guideline: When using this skill, her basic attack will deal an additional damage and not only that, she will also be granted a shield. This will help her sustain in low HP. Selena channel the power of the Abyss into magic arrows, firing them in a specified direction. Enemies hit are stunned for at least 0.5s and take 250(+20% Total Magic Power) points of Magic Damage. Stun duration and damage increases the further the arrows fly. Stun effects lasts for up to 4.5s and it most inflicts 500(+40% Total Magic Power) points of Magic Damage. The arrow absorbs Abyssal Traps as it travels to the target enemy, effects of the traps will be inflicted to target enemy upon hit.

Guideline: A very long range arrow, which can stun an enemy it hits and deals magic damage will be fired. The longer the distance, the longer the stun and higher the damage done. Also, effects of the Abyssal Traps will be inflicted to target enemy upon hit. This will be the main mechanism for ganking as you can fire the arrow from a long distance and stunning them. 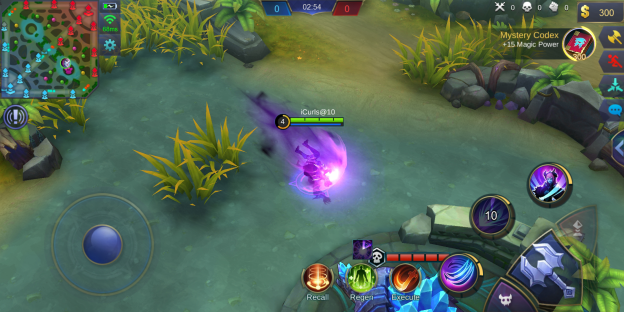 Selena charges in the specified direction, dealing 150(+50% Total Magic Power) points of Magic Damage to enemies along the way. If this damage triggers the Abyssal Mark effect, its cooldown will reset immediately.

Guideline: This skill is the main mechanism for her escape. When use, Selena can charge in a specified direction and deals damage to enemies it hit along the way. There is no cooldown if this skill trigger his passive i,e, Abyssal Mark effect. Selena melds with the Abyss, entering Abyssal Form and gaining 30% movement speed for a short time. She also gains access to new skills while in Abyssal form and her basic attacks deal an additional (+25% Total Magic Power) point of Magic Damage.

Guideline: When use Selena transform into its Abyssal form and her movement skill will be increased , she will has new skills and her basic attack will deal additional damage. Selina calls upon the power of the Moon God to rid her body of the Abyss, increasing movement speed by 30% for a short time and restoring Elven Skills.

Guideline: When use, she will return to her normal Elven form.

Burst: A common build for Selena, which can be used in all type of matches.

2Tank: When there are more than one durable hero in opponent( 2 tank or 1 tank 1 durable fighter)

NoBuff: The build when there are more buff dependent hero in the team and you are the 3rd choice or more to take the buff. 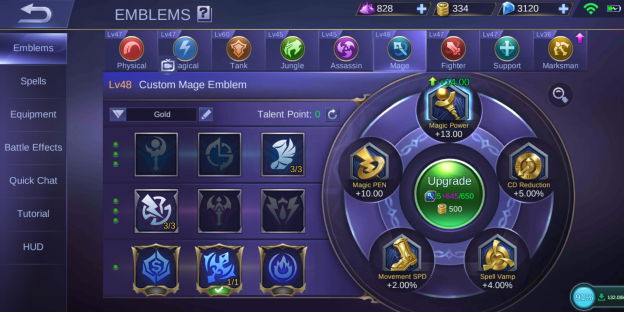 When Equipped with the above mentioned NoBuff Equipment.

When Equipped with the above mentioned Burst and 2tanks Equipment.