A new hero has arrived in the Land of Dawn!

Let's take a look at her amazing abilities!

Let's tackle about her skills as an Elven first. In this form, Selena is capable of doing long ranged attacks.

Selena is able to change forms freely. When Selena hits an enemy with her skills in her elven form, it adds an abyssal mark to the enemy. Up to 2 marks. The skills of her abyssal form will consume 1 mark to deal bonus damage.

You can change forms already in the start of the game. Marks caused by her skills in her elven form. Selena summons an abyssal devil trap in the designated area thats deals damage and slow to the enemy that steps on it. Maximum of 3 traps. 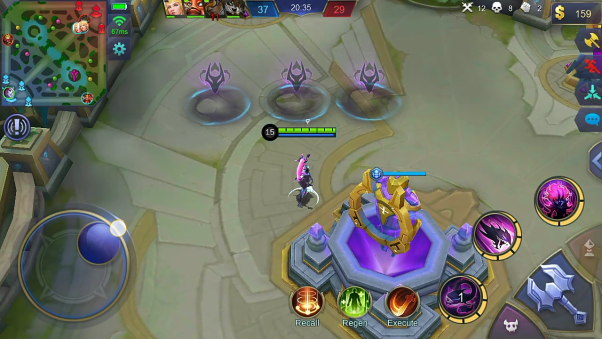 It will only deal damage after the abyssal devil pops out. Enemy heroes gets an abyssal mark above them of they step on a trap. These abyssal marks improves the skills of her abyssal form. Better stack it to full before changing her form.

Selena uses the abyssal devil as an arrow and fire it in the selected direction, damaging and stunning the enemy it hits. The stun duration and damage increases on how far the arrow have traveled. It can stun an enemy up to 4.5 seconds, but make sure to hit them properly and the farther, the better. 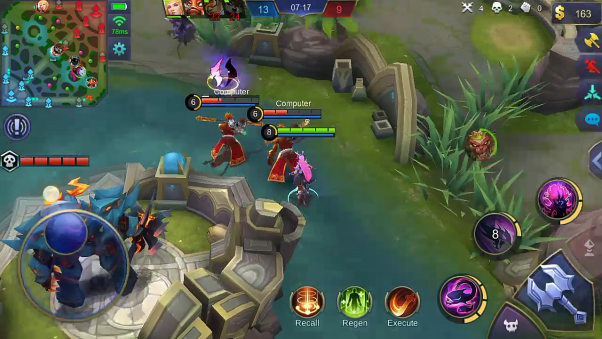 It also absorbs abyssal traps as it travels. The effects of the abyssal trap will be inflicted to the enemy it hits. Manage to hit an enemy as far as you can as the damage of the arrow increases the farther it has traveled plus the abyssal mark in it to deal lots of damage.

Selena transforms to her abyssal form. This gains her extra movement speed for a short time and a new set of skills. Her basic attacks also deals magical damage. 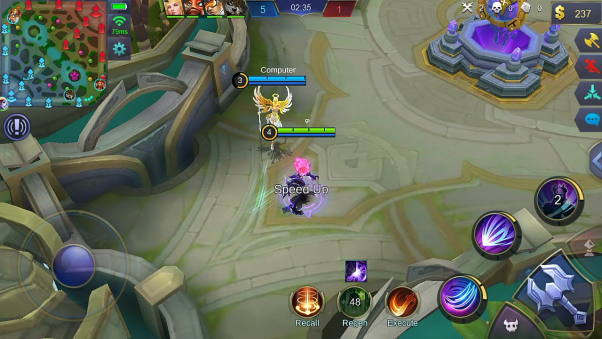 This is her Abyssal Form. Now, I'll explain her skills when she's in this form. 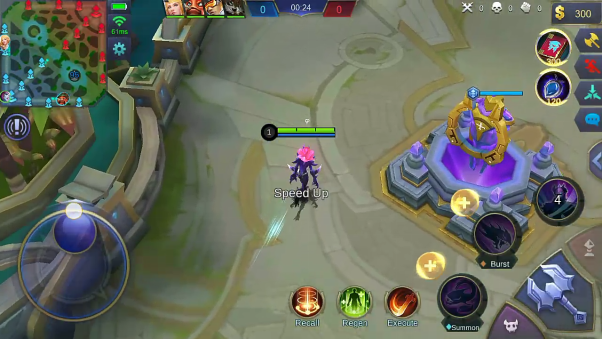 Selena uses the power of the abyss to enhance her claws causing the next basic attack to deal extra magical damage and granting herself a shield that absorbs damage.

This will deal additional damage if an enemy has an abyssal mark above them.

Selena dashes through a specified direction, damaging the enemies along the way. If the targeted enemy has an abyssal mark, the cooldown of this skill will reset immediately. When used upon an enemy with an abyssal mark.

Before I hit the enemy. 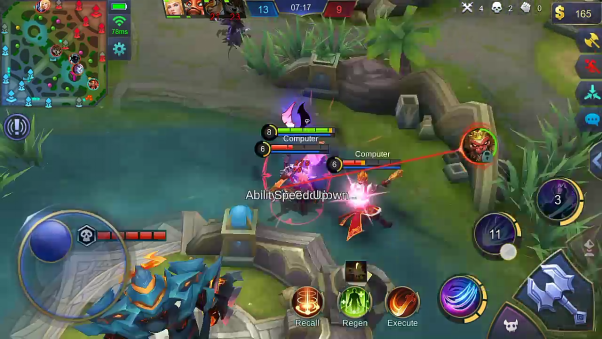 After hitting the enemy.

It absorbed the mark that made this skill’s cooldown to reset.

It will also deal additional damage because of the abyssal mark.

Blessing of the Moon God

Selena will revert back to her elven self, increasing her movement speed for a while and restoring her skills as an elven. Selena is now able to use the abyssal devils again as her skill to dominate her enemies.

That wraps it all up! These are the skills of the :