Mobile legends is introducing a new Fighter Hero: ALDOUS. This hero is much awaited with its unique ultimate skill and his one hit killer skill!

After every 2 attacks, the 100% damage dealt by Aldous’ next attack will be transformed into a shield that lasts for 3 seconds. Activates every 3 seconds. 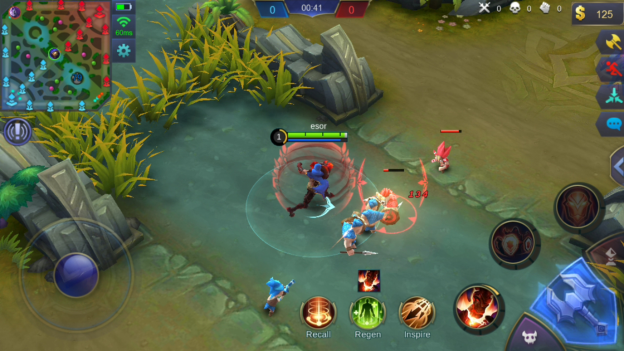 • A shield is generated every after 2 attacks.

• This makes him a tougher fighter.

Aldous unleashes his inner energy to strengthen the next basic attack. Deals 100(+100% Total Physical ATK) points of Physical Damage. If this attack eliminates the enemy hero or unit, the additional damage of this skill is permanently increased by 25/300% points. When attacking minions or monsters, the damage of strengthened basic attacks is raised by 100%. • It also deals damage to enemy near the skill’s target.

1 stack for every minion / jungle monster.

4 stacks for every hero / turtle / lord.

• Max stacking is 200. Which means it can give you upto 5000 extra damage to your first skill.

• This skill can ONE HIT a minion/jungle monster or even a Squishy Hero!

• Aldous will be a late game monster with this skill fully stacked.

Aldous assumes a defensive stance that lasts 2 seconds. During this time, Aldous is immune to basic attacks, while damage from other forms of attacks are reduced by 50%. After 1 second,  he can reactivate to end it immediately, his scute will explode, dealing 100(+20% Total Physical ATK) points of physical damage to surrounding enemy units. The defensive state will cause a stun effect for 1 second at most.

• This skill not only gives a shield, it also increases your movement speed which you can use to chase an enemy or to escape.

• Go near the enemy when the shield is about to explode, this will stun then and gives you an advantage to attack.

• Best use when coming in for a fight, and in a crowded team fight.

Aldous gain the ability to see the positions of the enemy heroes for 5 seconds. During this time, if aldous uses this skill a second time while it is still in effect, the he permanently sees the position of one enemy hero. When aldous hits the enemy hero, he will deal 450 points of physical damage and cause 10% seconds of knock back. Ending this ability early results in a 0.6 increase in cool-down time.

• Aldous charges and fly towards the locked enemy hero. There will be an indicator in the map, on who’s the hero being targeted. • When enemy is hit, it pushes the enemy back and a stun. This can now give you an advantage to attack.

• Aldous charges and travelling towards the enemy does not take that long.

• This can be use to chase hero escaping with low HP.

• It can be use to SPY and know enemies position.

Use Ultimate Skill to enter the Fight. This will knockback the enemy and immediately use your Second Skill to give you shield. Use First skill to deal damage and when shield explodes attack the enemy with basic attack. Always spam your first skill when available.

ALDOUS’ specialty is PUSH and BURST.

• Push - he can clear minion waves with just one hit of his first skill.

• Burst - the damage he deals with his first skill is very high, especially when skill is fully stacked.