Pros: *Can have high damage with out building any damage Gear(1st skill)

Description: After every two attacks, the 100% damage dealt by ALDOUS’ next attack will be transformed into a shield that lasts for 2 seconds. Activates every 2 seconds.

Guideline: After every two attacks i,e, at 3rd attack, a shield will be formed which depends on the damage dealt, so, to make it more effective, for 1st two attack use basic attack and 1st skill on the 3rd attack by which you can generated a high shield. To buff the shield, you can make Oracle which will increase shield absorption by 25%. Description: ALDOUS unleashes his inner energy to strengthen the next basic attack. Deals physical damage. If the attack eliminates the enemy hero or unit, the additional damage of this skill is permanently increased by 25/300% points. When attacking minions or monsters, the damage of strengthened basic attack is raised.

Guideline: The main skill of Aldous which makes him a monster. Whenever last hit is made on hero or unit jungle monster with this ability ON, additional damage for the skill is added permanently. To make this skill two thing is important, 1st is to master last hit and 2nd is sustain so that you can collect more soul. So the best is you go with hero which don’t need last hit, play safe and wait for late game.

Use two attack, turn ON this skill, and then attack again which will gives a very high shield due to its passive. Description: ALDOUS assumes a defensive stance that lasts for 2 seconds. During the time, ALDOUS is immune to basic attacks, while damage from other forms are reduced by 50%. After 1 second, he can reactivate to end it immediately, his shield will explode, dealing physical damage to surrounding enemy units. The Defensive state will cause a stun effect for 1 seconds at most.

Guideline: A skill which makes him sustain. When the skill is activate, Aldous will be immune to all basic attacks thus will makes him immortal against basic attack dependent heroes especially like Marksman. Also damage taken from other forms reduces to half, thus make him durable also against skill dependent heroes like Assassin and Mages. With Wings of the Apocalypse, damage taken can be reduced to 100% when HP below 40%, thus immune to damage.

Not only that, when his skill explode, all nearby opponents will get stunned at most of 1s. Since this skill also gives bonus movement speed, it can be used for chasing or escaping. Good for initiating a fight. 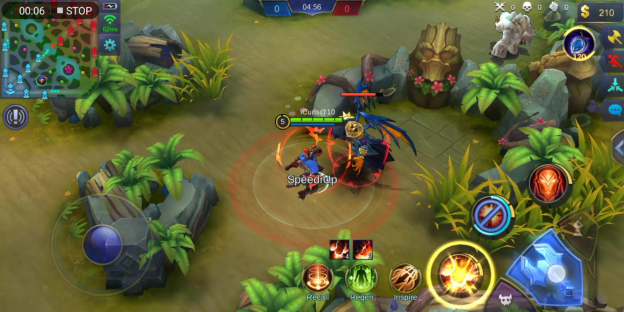 Description: ALDOUS gains the ability to see the position of enemy heroes for 5 seconds. During this time, if ALDOUS uses this skill a second time while it is still in effect, then he permanently sees the position of one enemy hero. When ALDOUS hits that enemy hero, he will deal physical damage and cause 10% seconds of knock back. Ending this ability early results in a 0.6 increase in cooldown time.

Guideline: Nothing like ever before, this skill gives the ability to see all the enemy’s position. Just press it once and you can see all the enemies for 5s. And press it again before 5s to lock an enemy and flight towards him. This skill will make him always available in fight no matter how far he is. Once it is locked, no escape. When the skill is ended early, CD will be reduced by 0.6, so if you thought that a positive outcome is not going to come, you can cancel the skill, and find for a better opportunity. 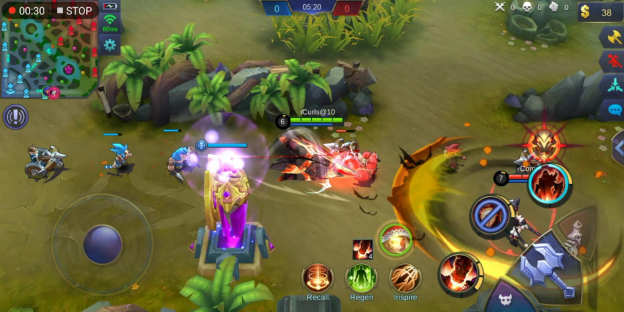 Fighter Emblem: For above equipment Sustained DPS and Semi 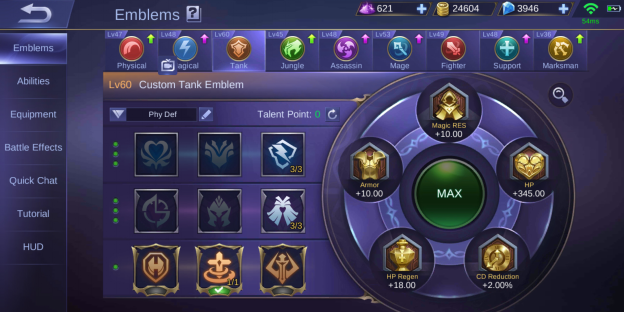 Tank Emblem: For above equipment Durable.

: So that you can easily chase down fleeing heroes and stop them on their ground.

: So that you receive reduced damage while you are in a team fight.