In this guide, we will be talking about the new hero ALDOUS.

ALDOUS is a fighter type hero who has excellent damage as well as team fight participation skill without the need to buy much attack items. His ultimate is an ability which allows him to travel across the map and crash on a targeted hero.

This guide will consist of three topics mainly.

3. Tips for Aldous along with recommended battle spells.

After every two attacks, the 100% damage dealt by ALDOUS’ next attack will be transformed into a shield that lasts for 2 seconds. Activates every 2 seconds.

This passive ability of ALDOUS allows him to generate a shield which scales with the damage he dealt, so basically, it means that the more damage you deal with your third basic attack, the higher shield points you will receive. So , I recommend that you land you thirds basic attack with your first ability to deal large amounts of damage and get a higher shield point. ALDOUS unleashes his inner energy to strengthen the next basic attack. Deals physical damage. If the attack eliminates the enemy hero or unit, the additional damage of this skill is permanently increased by 25/300% points. When attacking minions or monsters, the damage of strengthened basic attack is raised.

This ability is ALDOUS’ core ability to deal damage if which the damage increases by a few points whenever ALDOUS kills a hero or unit/jungle monster with this ability. So,it is recommended that you try to use this for killing minion when your carry heroes have farmed well enough. Also, i suggest you note that this ability deals incredible damage ones it has a high stack of it. 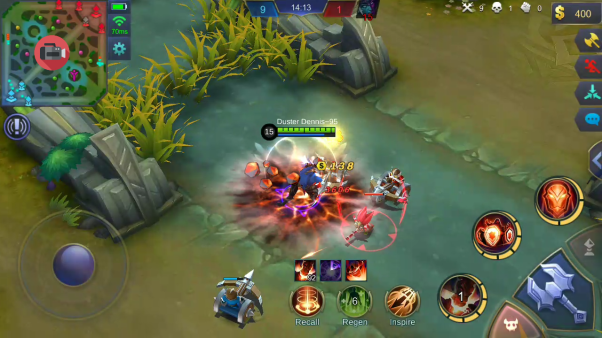 ALDOUS assumes a defensive stance that lasts for 2 seconds. During the time, ALDOUS is immune to basic attacks, while damage from other forms are reduced by 50%. After 1 second, he can reactivate to end it immediately, his shield will explode, dealing physical damage to surrounding enemy units. The Defensive state will cause a stun effect for 1 seconds at most.

This 2nd ability of ALDOUS give a shield as well as immunity to basic attacks for 2 seconds, and the shield explodes after the timer, stunning all opponents around ALDOUS for at most 1 second. Since this shield is gives immunity to basic attacks, it is best suggested that you use this for engaging fights before you jump in as it explodes to stun the enemies around him. Also, note that this shield also gives a bonus movement speed, which makes it excellent for chasing down fleeing enemies. ALDOUS gains the ability to see the position of enemy heroes for 5 seconds. During this time, if ALDOUS uses this skill a second time while it is still in effect, then he permanently sees the position of one enemy hero. When ALDOUS hits that enemy hero, he will deal physical damage and cause 10% seconds of knock back. Ending this ability early results in a 0.6 increase in cooldown time.

This ultimate ability of ALDOUS literally allows him to travel across the map and crash on an enemy hero, dealing a huge amount of damage. With this ability, ALDOUS can stick to other lanes and push, and when his team starts a fight, he can just fly over to the fight.

With this method, you can apply the strategy of split pushing as you can easily fly over to where the fight is. 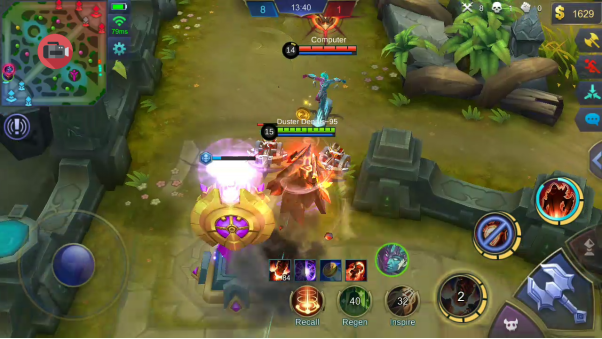 THUNDER BELT and ENDLESS BATTLE will give you bonus damage and MAGIC BOOTS for increased cooldown reduction. ORACLE for increased regeneration as well as bonus shield absorption for your passive. And WING OF THE APOCALYPSE QUEEN to reduce the damage you receive while a team fight

Since ALDOUS already have high damage, I recommend that you take TANK and SUPPORT emblem so that you have higher defence and health so that you can remain longer in team fights.

If you are using ALDOUS,  I suggest that you go to the lane where TURTLE spawns as he has an incredible damage from the beginning of the game. Also, his ultimate allows him to participate when team fight starts as well as push other lanes and just cast his ultimate to fly to the location of team fight. Landing 3rd basic attack without 1st ability hardly gives me any shield. While,

Landing the 3rd basic attack with 1st ability gives me huge amount of shield, as much as what ATHENA’S SHIELD gave me.

TURRETS CAN BE DAMAGE WITH 1ST ABILITY: 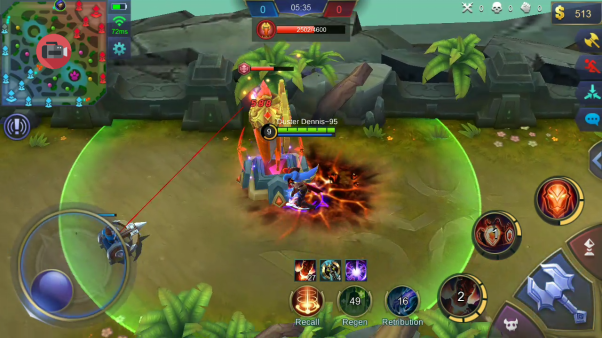 As ALDOUS’s 1st ability is a bonus effect, it can be used against turrets.

PETRIFY: :So that you can easily chase down fleeing heroes and stop them on their ground.

HEAL: so that you can support your whole team with an incredible heal to turn around the fight.

IRON WALL: So that you receive reduced damage while you are in a team fight.