Uranus, The Aethereal Defender is a hero who have high regeneration ability and suppressive abilities which help him excel in taking down his targets easily. The most impressive thing about Uranus is that his ultimateConsecration is unescapable and that it pulls him towards the target after a few seconds of casting, there really is no escaping it and is a great ability for taking down priority targets like the opponent’s carry hero or mage hero. And his passive, Radiance enables him to last and incredibly long duration of time due to the health regeneration it gives after every attack received from the opponents, so feel free to casually walk around to stack up your passive for that heal.

Uranus absorbs the generated attacks made against him to strengthen himself, regenerating 2-9 HP per second for each stack, over 8s. This effect can be stacked up to 20 times.

This passive ability helps Uranus regenerate his health without really needing to return to base. And is really useful for blocking the lane minions in early game because of this ability. Also, remember to stack your passive so that you can utilise to the maximum of its capability.

Uranus releases two light blades that orbit around him, dealing magical damage to enemy, while reducing their physical attack and magic power by 15%, and their movement speed by 40% for 2 seconds, Each stack ofRadiance  increases damage dealt by 3%. Each light blade can only deal damage to the same target once.

IONIC EDGE EXPLANATION AND HOW TO USE IT: This ability is Uranus’ core ability for dealing damage as the damage can be increased with every stack of Radiance by 3% with each stack, so in total, the damage of Ionic Edge can be increased up to a bonus of 60% which is really a good amount of damage bonus. Also this ability brings with it a reduction effect, which reduces their physical and magical damage with their movement speed. So feel free to keep spamming this ability while laning or when chasing as it has a wide area of effect too, but make sure that you stack up  Radiance in order to maximise its potential to the fullest.

(note: before and after using Transcendent Ward)

Uranus generates an energy shield that absorbs up to a particular amount of damage for 4 seconds, and grants him immunity to slow effects, while increasing his movement speed by 10%. This shield deals magic damage to nearby enemies when broken or at the end of its duration

TRANSCENDENT WARD EXPLANATION AND HOW TO USE IT : 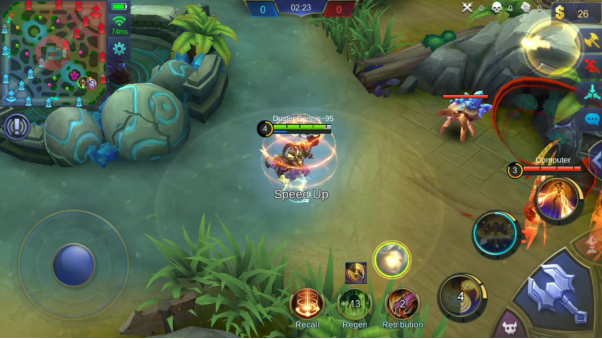 Transcendent Ward  is what makes Uranus even more durable apart form his Radiance  passive. This ability also gives Uranus immunity to slow effect while it is active and grants him a movement speed boost. It also gives him a damage absorbing skill so which explodes to deal damage to surrounding enemies when broken or the duration runs out.  So use this ability when you are about to chase a fleeing opponent

Uranus unleashes energy stored within his body to disable the designated enemy hero,  dealing magical damage while granting himself six stacks or Radiance. After a briefly disabling the target, Uranus pulls himself and the target together, dealing magic damage.

CONSECRATION EXPLANATION AND HOW TO USE IT: Consecration is an ability with the best control skill in the game which makes it literally inescapable. This ability is best used against  priority target such as Marksmen or Mage  heroes so that your carry hero will easily finish them off. And after using this ability, you instantly get six stacks of Radiance which will boost your Ionic Edge to help you deal an even more amount of damage. 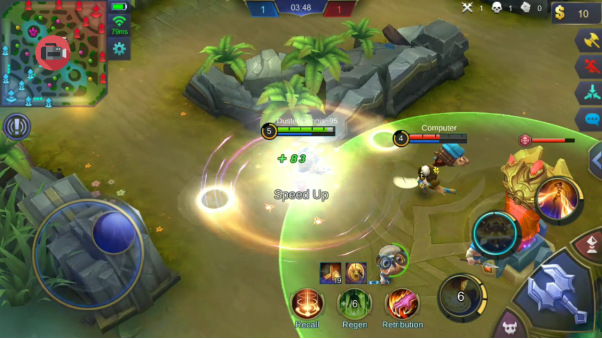 As mentioned above, start by using your Ionic Blades and immediately use Transcendent Ward so that the timer starts to countdown,  and cast Consecration to complete your rotation.

Boots of tranquillity: For mana and health regeneration as well as bonus healing effects.

Oracle: For cooldown reduction, bonus HP, magic resistance and to help stack up you passive Radiance.

Dominance Ice: For reducing the movement speed of your opponents and to give you bonus cooldown reduction.

Cursed Helmet: To give you bonus magic resistance as well as a good amount of damage per second which is based on their maximum health.

Blade Armour: To give you an armor boost as well as a buff that return a portion of damage you received.

Immortality: To give you a second chance in the game.