TAKE BUFF AS EARLY AS POSSIBLE

ROTATE FOR JUNGLE and GANKING

*Item is a must when the game started. It grants a passive of 20% more damage to monsters and increases 15% exp from jungling. This will help an assassin who’s the main role is to level up quick to gank.

5. It allows spell RETRIBUTION to be used against enemy heroes,

reducing their speed for 3secs.

**NOTE! In both items above, it is highly recommended to focus on Jungle monsters because if one will go laning and kill creeps having these items

It reduces the exp receive from enemy creeps. So LEAVE the LANES to mages and Marksmen. This effect will last for the first 4mins of the game.

*In order to farm quickly. Retribution will be of much help in achieving quick leveling. Likewise, as said above, it will help in the late game in chasing enemies.

BASIC NEED TO KNOW ON JUNGLE MONSTERS and TIPS on Jungling

*Since KARINA is known for securing kills; farming will make the most out her skills. Here are some things you need to know about farming with KARINA.

Both this monsters got their skills buffed. They have low HP and yet they attack very quickly and deals huge damage. Furthermore, they give Karina a buff; reducing mana cost and cooldown reduction. 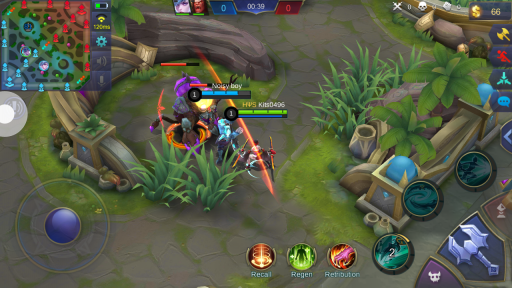 *TIP! In jungling, especially in early game. As much as possible, ask for assistance from allies to tank the damage from the monster. Ready your spell in order to secure the buff.

Aside from healing effects, they also provide a good number of exp for leveling they spawn few seconds after the spinner and reaper spawn. Likewise, ask for assistance in killing them. 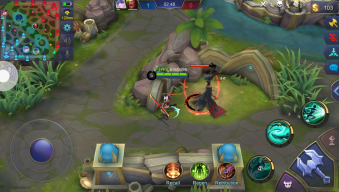 This monster spawns, few minutes in-game. This is a must to take for assassins or fighter who jungles. Crab grants a buff the gives 10 golds for a certain time totaling to 200 golds.

*TIP! Make sure that you have your retribution reset before getting the crab. Enemy heroes will most likely to go after it as well. Timing is key to secure the buff. 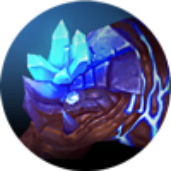 This monster has its own space in the land of dawn. It spawns 2mins of the game and if killed it will respawn again. And If not killed, it will vanish and the Lord will spawn taking its place.

If team is behind from gold and exp, slaying the turtle will grant the whole team with exp and gold. So, when it spawn, gather team mates to either gain advantage or otherwise.

*DON’T lose the buff especially when roaming. The buff will help to minimize mana cost in spamming skills in farming and ganking.

*Out level enemies by counter jungling, make sure that allies are around in stealing enemies monsters.

*Don’t engage in laning phase as per mention, having jungle items only decrease the amount of exp obtained from creeps; so focus on farming and ganking.